How Do You Earn A Quarter Million A Year as a “Folk” Singer?

And the answer, happily, is NOT “Start with a half million…” 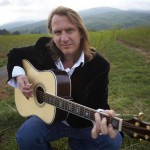 Or so we learn from a recent article Music Think Tank. Cyber PR Maven Ariel Hyatt talked with Rachael Kllen from Black Wolf Management, the company that manages Ellis Paul, in which the operative exchange is:

AH: If possible (I know you may not want to share this information), can you share the amount of money you have grossed in the last 12 months, broken down by months correlating with market, and promotional, and touring efforts? Don’t mind sharing I think it’s valuable to musicians.

RK/ EP: Ariel we are happy to share this information, Ellis thinks this is valuable to other musicians. But the breakdown I would need a little more time to breakdown

AH: How many die hard fans, fans that will buy everything and anything from you, would you imagine that you have?

Now, granted, that 2,500 “true fans” surely does not represent the entire fan base, nor does the “math” imply that those 2,500 “true fans” all sent one hundred of their hard-earned dollars into Ellis Paul’s coffers.

What it DOES say that if you DO have 2,500 true fans, and if you have a support system that communicates and “manages” that fan base, then, at the very least, you have the foundation on which you can earn a six-figure income as a traveling troubadour.

The key word in that last paragraph — in case you missed it — was “manages.” I think that accounts for why performers like David Wilcox or Ellis Paul enjoy the living that they do. Because they’re not trying to “do it all” themselves.