“Societies have always been shaped more by the nature of the media by which men communicate than by the content of the communication.” 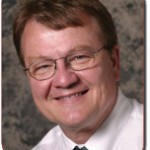 Though he has probably never heard of Marshall McLuhan, Gannett political commentator Chuck Raasch has found evidence that the medium is indeed the message.

It seems Mr. Raasch has suddenly discovered that politics is undergoing the same sort of transformation that the music biz started to experience ten or fifteen years ago; in both cases, the dislocation is the direct result of new technologies:

“This is not normal in our lifetimes,” Martin said of the volatility. “This was not possible in the television era. You are seeing massive volatility because of the technology. … And you are going to see that just increase and increase, almost exponentially, over the next several (election) cycles.”

The volatility comes from tectonic, technology-driven power migration away from big organizing institutions, like corporations and political parties, to a dispersed universe of what conservative blogger and author Glenn Reynolds calls “an army of Davids.”

As in David vs. Goliath.

I’m not really sure why this suddenly qualifies as a space-and-ink-justifying revelation, but it’s nonetheless true, and it’s always comforting to see some well-paid pundit reiterate what McLuhan first expressed 40+ years ago.

The point is, the people who are showing up for these “Tea Party” rallies and other fringe forms of expression are not only expressing their fear of an unfamiliar political landscape: the entire media environment that they’re familiar with is disintegrating.

Remember, there would have been no Reformation had Gutenberg’s printing press not made possible the rapid dissemination of Martin Luther’s heresies. That was like five hundred years ago, and we’re still living with the consequences of that disruption….