Woz on What’s Really At Stake

Yesterday I posted a link to a video that offered a thumbnail sketch of the issues tangled up in the “net neutrality” rules that the FCC issued yesterday. The new rules have been pretty well reviled from all sides of the political spectrum. On the right, you’ve got whack job Senate Minority Leader Mitch McConnell accusing the Obama administration of trying to “seize the internet” and make a socialist government agency like he did with health care. And and then there are voices like Steve Wozniak, the co-founder of Apple Computer, who gets to the real heart of the issue: 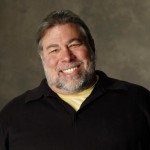 We have very few government agencies that the populace views as looking out for them, the people. The FCC is one of these agencies that is still wearing a white hat. Not only is current action on Net Neutrality one of the most important times ever for the FCC, it’s probably the most momentous and watched action of any government agency in memorable times in terms of setting our perception of whether the government represents the wealthy powers or the average citizen, of whether the government is good or is bad. This decision is important far beyond the domain of the FCC itself.

So when you hear somebody like Mitch McConnell say that the Obama is trying to seize the Internet, just remember that the government is the only instrument that stands between your keyboard and monolithic corporate interests determining what shows up on your screen.