Dear Rick: It’s The SUPPLY, Not The Pirates

Last week I read an article at Huffington Post by Rick Carnes, President of the Songwriters Guild of America, in which Mr. Carnes beats the same dead horse he has been beating for more than a decade, decrying the impact that “piracy” has had on the decline of recorded music revenue.

SGA Prez Rick Carnes, who has apparently not been photographed since 1966

To make his case, Mr. Carnes supposes that if the Beatles were around in today’s shrinking music business, there would be no “Sergeant Pepper” or “Abbey Road” — by recalling the Fab Four’s retreat to the studio after their final, screamed-out tour in 1966:

After their world tour in 1966, The Beatles quit touring as a group…

Album sales allowed The Beatles to retire from touring and devote themselves full time to writing and recording. By focusing on albums as a unified musical statement in “Sgt. Pepper’s Lonely Hearts Club Band” and “Abbey Road,” The Beatles raised the bar for all the albums that followed and changed recording quality and technique worldwide….

The Beatles, by abandoning touring and focusing instead on writing, recording, and selling albums, invented the “Recording Artist.”

I’m sure that Frank Sinatra, Elvis Presley, and a host of others would take issue with that particular point, but that’s a minor detail compared to the backward looking observations that follow. For example, this bold declaration:

Today there are few, if any, examples of true recording artists left.

I’m tempted at first to agree in principal with the suggestion, as I’ve said many times that the word “artist” might be the most over-used term in the entire music industry. It seems to me that the word “artist” should be reserved for those writers and/or performers who rise above the level of craft sufficiently to offer a fresh perspective. As Degas said, “art is not what you see, but what you make others see.” And I would agree that an awful lot of what wears the handle of “artist” does not rise to that level.

But to suggest that “are few…examples of true recording artists left makes me wonder if Rick’s ears are plugged or his turntable is broken. Or maybe he just hasn’t got much of an Internet connection…

True, there are no more Beatles. But… that was then...

But that point is just a distraction to where Mr. Carnes really wants to go with this screed. He didn’t really come to talk about artistry. He came, as he always does, to talk about “piracy.” 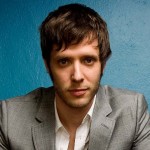 Damian Kulash, Treadmill Master - who at least "gets it."

To drive this point, Mr. Carnes cites a recent guest column in the Wall St. Journal by OK Go’s Damian Kulash, in which Mr. Kulash does a fairly credible job of identifying some of the factors that will drive the cultural destiny of music forward. Of Mr. Kulash’s vision, Mr. Carnes comments;

If music piracy continues unabated I am certain that Kulash’s vision of the future of the music business will prove correct… widespread theft of music has returned to wipe out the creative and financial gains made by 20th-century songwriters and artists, and as Damian points out, “Without records as clearly delineated receptacles of value, last century’s rules -both industrial and creative- are out the window.”

And though he doesn’t precisely say so anywhere in his article, the conclusion that we are all supposed arrive at based on Rick’s presumptions is that if the Beatles were recording today… well, maybe they would not be recording at all, because recordings are no longer “clearly delineated receptacles of value.”

Look, Rick, before the next time you take keyboard to screen, do all your prospective readers a big favor – and look at a fucking calendar. There you may be surprised to discover that, while the world may be a lot of strange things these days, one of the things the world most assuredly is NOT is 1966.

How can I explain that the Beatles were a product of their era and the technology that era provided, that that era has passed, and thus by the same token, what is happening in music today is the product of THIS era and the technology available today? It seems like such a simple concept. But it is a simple concept easily lost on minds that are fixated on dragging the anchors of the past into the uncharted waters of the future.

As long as I’m slipping into nautical similes, let’s take a look at this whole concept of “piracy.” This is why fixating on “piracy” and “theft” locks you into a vernacular that makes it impossible to understand what’s really afoot in the arts today.

Let’s look, literally, at an act of “piracy.” Suppose I’m a pirate, pegged-leg, hooked-hand, bad teeth, and all, and I board your ship for the sake of looting it. I go down into the hold. I find something of value. And I take it off your ship, and I place it on my ship. The essential point is that the object of our mutual desire can only be in one place at a time, and now it’s on my ship, ergo it is no longer on your ship.

But in terms of “piracy,” a very strange thing happens when I “board your ship” and “steal your song” and then carry it over to my ship. Yes, it is now on my ship. But it is also STILL on YOUR ship! I haven’t really “stolen” it – I’ve replicated it, and now we can both enjoy the benefits of that object of our desire.

I know this concept is pretty hard to drill into the minds of people who will forever think that music is a “product” and that can only find value in so long as it exists only in finite, physical supply that can be “stolen.”

But that is precisely what digital music is NOT. It is not a limited supply. If the experience of the past decade tells us anything, it is that the supply of music is now INFINITE. You’ve got your YouTube and Your MySpace and your Google and your iTunes, the entire universe of recorded music at your finger tips.

To suggest that because the supply is now infinite the quality is negligible is ludicrous in the extreme.

It’s not that some people are getting their music for free without proper authorization (and I do not dispute that that is happening) that has caused the value of “clearly delineated receptacles” of music to decline, it is the sheer upbiquity of those receptacles. Back in 1966, their value was determined in part by their limited supply. That was a function of how the supply was manufactured, distributed, and sold.

But – again, another quick glance at that pesky calendar and you can see – this is 2011, and digital technology has made the supply infinite, and the distribution is a matter of storage, bandwidth, and mouse-clicking.

The one thing that is conistent with the 1960s is fundamental economics. Only now, the law of supply and demand pretty well dictates that if your supply is infinite, your price (on average) is going to be pretty close to zero regardless of the demand.

So please, don’t even think that because sophisticated recording itself is now more evenly distributed, so that anybody with a laptop has technology at their disposal similar to what the Beatles experimented with at Abbey Road Studios, that there are no more “true recording artists left.” Or that “piracy” is the cause.