The State of the Celestial Jukebox: Part 2: The Dinosaurs Attack! 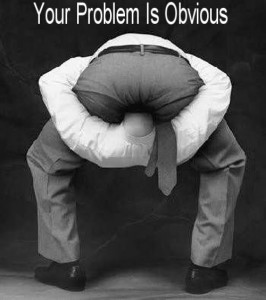 The only thing more stupid than the cloud locker scenario is the music industry’s gathering reaction to it.

Along with the news that Amazon has launched a cloud locker comes the not altogether surprising news that the megaliths of the music industry – the major labels, the PROs – are taking a dim view of the service. Indeed, as reported in Tuesday’s NPR story and elsewhere,

The head of marketing for ASCAP worried that the Cloud Drive is simply a way to avoid having to pay songwriters and composers … as well as artists.

If “the industry” had any foresight at all it would be embracing the cloud locker concept instead of condemning it, because cloud storage of an individual’s private music collection reinforces the “ownership” model of music delivery that now has nine toes in the grave.

The only potential upside I see in Amazon’s new service is the prospect that it will introduce more music fans to the possibilities of cloud-stored music. One recent study demonstrates that the public level of awareness of the availability of streaming services like Rhapsody, Rdio, or MOG is generally very low. But if something like Amazon’s locker catches on, its users will eventually realize the ultimate value in their new experience. Eventually they will stop buying-and-storing and just start subscribing-and-streaming.

Connected users who have not already made the leap will discover that the bandwidth is adequate, the connections are generally pretty good, and that the ability to “access” a vast library of music is much more consistent with the desire to hear “whatever/whenever/wherever” than the private ownership of a very limited library of shiny plastic wafers or digital files, regardless of where they are stored.

By resisting the “cloud locker” service, the music industry has drawn its guns and unloaded both barrels right into its own nailed-down feet.

Once the recorded music experience shifts from privately owned collections to a centralized cloud, the revenue question shifts from how “how many units are sold” to “how many times a track is listened to.” Then the economic picture changes, and “drastic” doesn’t begin to express the full measure of that impending shift.

Here’s a dirty little secret about music that people who want you to “own” it don’t want you to know: you can’t listen to more than one track at a time (Oh, yeah, I suppose you could, but why would you want to?). And time itself is a finite commodity – you can only listen to so much music in any given day, week or month.

As long as the industry can get consumers (this time the word is properly applied) to purchase units of music — CDs for $10 or $15 or even $20, individual tracks for a buck — then it doesn’t matter how many times you listen to your purchase. Whether you listen to it once or a thousand times, the industry has booked its revenue. And if you only listen to the CD once, they just made approximately $1.50 per track. Do the rest of the math yourself.

For some reason, the record industry has apparently negotiated for itself a payment schedule that averages out to a fat $0.0016 per stream. Read that carefully: it’s 16 ten-thousandths of a dollar — or 16 hundredths of a cent — every time a song gets streamed. At that rate a song has to be played more than 600 times before it has generated as much revenue as a 99c download.

I don’t know what your listening habits are, but for me it’s been 40+ years and I suspect I’m just now getting to the point where I’ve heard some Beatles songs 600 or more times.

If “the industry” goes to court over the Amazon cloud locker, it will be working against its own best interests. The cloud model that Amazon has devised actually encourages people to continue buying downloads and building their own private “libraries.” Once users discover the subterfuge in that scenario — i.e. the fact that all the music they could ever listen to is already stored “in the cloud” for them — then the dinosaurs will breathe their last.

Instead of fighting the Amazon (or similar) service, the industry should get its shit together and renegotiate the payment schedule for streaming services. The stakeholders in music production should be fiercely advocating a model that splits the revenue, not paying on a per-stream basis.

If I pay $10/mo for a service, and I listen to 100 songs during the month, each song would be paid a dime (less the costs of digital delivery – bandwidth, storage, etc). If I listen to 200 songs/month, that pays a nickel for each stream. If I listen to 1,000 songs per month (roughly 5.5 hours of 3 minute songs), each song gets paid a penny. And so on.

The general rule of thumb of my own experience is: I only listen to the same song on demand a few times per month. I mean, I’m really jazzed right now about the Nashville duo “The Civil Wars,” and I’ve listened to their album “Barton Hollow” on MOG twice this week. That will probably do me for a while. So I think they should get a proportionate share of the $10 I spent subscribing to MOG this month – which should work out to considerably more than the 16-hundredths-of-a-cent per stream they will presently earn.

And the streaming services want us to believe that the $.0016 is too high! But that’s another story…

There is another very important factor to figure into this equation: A year or so ago, I hear industry analyst Russ Crupnick say say that the average “music consumer” spends only $40 per year on music purchases. As a not-so-average music consumer (I know, that word again…), I found that number rather low, but perhaps not surprisingly so. I mean, at $10-20 per 10 song collection, music is “expensive.”

But at $10/month for an infinite supply, music is arguable “cheap.” At the very least, it’s a great deal. So imagine for a minute that streaming subscription services catch on, and that “average consumer” goes from spending $40/yr to $10/mo = $120/yr. Well then, guess what folks, the size of the pie that the music content providers have to split just tripled from where it is today.

I wrote several months ago that what is keeping Apple from launching its cloud service (storage, streaming, iTunes In The Could, the Return of Lala.com… whatever the hell they’re working on…) is the company’s desire to milk every last dime they can out of paid downloads. Because they know (or at least I think they do) that once they flip the switch on iTunes in the Cloud the (very brief) heyday of downloads for a dollar will be over.

So, industry folk, be careful how you tread here, you may very well get what you wish for…