iCloud: Yes, You Can Have Your Horseless Carriage… 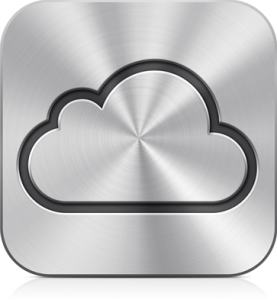 And pretty new icons, too.

…but you still have to pull it with a horse.

Other than that, there really is a lot to like about all the announcements that Apple made yesterday, and they announced a lot.

And then there was the Big New Thing: iCloud, the remote storage service that unifies everything into a whole new, self-organizing, digital ecosystem.

It will take even the most dedicated observers some time to assess all the features in all this new software – much of which will not actually be released until next fall. So there is plenty of time to sort it all out and start saving sheckels for our nifty new laptops, phones, and tablets.

But in one critical aspect, the new iCloud service is woefully lacking – and missing a grand opportunity to deliver music distribution to its inevitable destination.

I have believed for well over a decade that eventually, all of this digital technology — rapidly increasing processing power, ever cheaper storage, expanding bandwidth — will deliver us to systems that would make it possible to “hear whatever you want, whenever you want to hear it, wherever you are.”

I could be wrong about that. Maybe the “Celestial Jukebox” is not inevitable — although its realization is tantalizingly close. Rhapsody has been around for a decade already. Rdio and MOG are two recent startups that offer similar promise. And of course there is the much vaunted Spotify, which has been threatening to launch in the U.S. for at over a year now. And even Apple had the good sense last year to scoop up Lala.com, which was my go-to online music store until Cupertino shut it down.

All of which is why I have been anticipating the day when Apple would truly put “iTunes in the Cloud” — and offer us the option of accessing the entire catalog for some monthly fee, rather than demanding a dollar for every individual track and then requiring us to store stuff we rarely use.

Apple changed the music business when they first introduced the iTunes store back in… what was it, 2003? . Before that, who in their right mind would have predicted that people would purchase billions of downloads for a buck apiece? Now Apple has the technology — and more importantly, the market clout — to generate yet another tectonic shift in the landscape.

But Jobs and Co. still will not flip the switch. Here Moses stands on the digital mountain top, but he will not lead us into the Promised Land. How much longer must we wander around in the fucking desert?

I know, skeptics will say that music fans don’t want subscription services, and the statistics thus far would seem to bear them out. Rhapsody has been around for what seems like forever, but it just can’t seem to get much traction in the marketplace. Likewise Rdio, MOG, and Spotify – their numbers are pretty paltry compared to paid downloads via iTunes, Amazon, etc (to say nothing of all that free music on YouTube!). And apparently the market for digital downloads has been expanding this year, after a brief of a downturn last year. So there really is little incentive to drive the business toward yet another disruptive model.

Still, there is one aspect of Apple’s new service that simultaneously reveals both the ultimate potential of the technology and the extent to which Apple is unwilling (or unable?) to unleash it: iTunes Match can, for the modest sum of $25/year, scan your music entire music collection, recognize what you have on one hard drive, and then provide access to all those files (up to 20,000 tracks) from every device in your personal iUniverse.

iTunes Match spares you from the necessity of uploading your entire collection by simply recognizing what you already have, and then giving you access to those files from Apple’s cloud servers. This feature certainly gives Apple a hefty advantage over Amazon and Google’s cloud storage services, but is hardly the knock-out punch — or the truly innovative service — that Apple could have delivered.

iTunes Match conceals an important fact: that all (OK, most…) of the music you could ever want to listen to is already stored “in the cloud.” But Apple wants you to keep buying it from them, for 99c per track or $9.99 per album. It’s all out there in one giant digital swarm, but you have to keep paying by the piece.

So here, on the one hand, we have all this shiny new technology, and with it the tacit acknowledgment that iTunes is already storing for you not only what you already own, but (almost) anything you might ever want to listen to. But Apple wants you to keep paying for it, track-by-track, even though they can already give you access to it for a lousy $2 a month!

For a company that has blazed countless new trails in its storied history, this all seems so “un-Apple-like. It basically boils down to “Yes, we have all this fabulous new technology for you, but you have to keep using it like the old technology.”

In other words, you can have your horseless carriage. But you have have to keep pulling it with a horse.

I think Apple is going to hang on to the 99c buggy whip for as long as they can get the horse to keep pulling the carriage. They will keep flogging the poor beast until some upstart — who knows, maybe it will be Spotify, if they can ever launch in the U.S. — begins to find some measure of acceptance. They’re just waiting for some competitor to actually threaten their dominance. Who knows, it could even be iTunes in the Cloud itself, with it’s Match service, that begins to open users eyes: “Hey, wait a minute, all this stuff is out there, I can’t listen to it all at once, why do I have to keep buying all this stuff that I can’t really use…?? Why do I have to keep storing this stuff (on multiple devices now) when somebody is already storing it for me?”

It might be a year, or two years, or five or ten. But eventually the carriage is going to be unleashed from the horse.

Unless I’m just wrong about that. But, generally speaking, over the course of history and technology, the carriage has always found away to keep going long after the horse has been hitched by the roadside.