Lately we’ve started to take a slightly different tack with our endeavors here at Cohesion Arts.

In what is often called a “pivot” we’re starting to focus less on long term ‘management’ propositions and more on on project-oriented enterprises. The 1861 Project is one such undertaking, and now we’re helping launch another. Here’s the press release:

Pam Rose Releases First of Its Kind Memoir
“In Story and Song.” 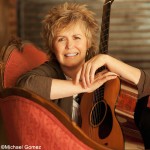 Veteran Nashville singer, songwriter and performer Pam Rose has added a new dimension to her career with the digital release of a first-of-its-kind audiobook.

The project is unique in that each chapter of Ms. Rose’s spoken narrative is delivered with an audio recording culled from her extensive catalog, which now includes new tracks that have been recorded with this project in mind.

“If there has been a memoir recorded and released in this format before, we are not aware of it,” Ms. Rose says.

The digital audiobook, Pam Rose: In Story & Song, featuring “My Life” is being distributed serially through her website (pamrose.com) and to e-mail subscribers, beginning this week with the download and podcast versions of the Introduction and Chapter 1, Rockets.

“I was blessed to grow up near Kennedy Space Center, where my family, friends and classmates witnessed the dawn of the Space Age,” Ms. Rose recalls. ‘Rockets’ is the story of what it was like to grow up during such an energizing time, and there are stories about what Florida was like in the years BAC (Before Air Conditioning) and BD (Before Disneyworld).”

Several more sample chapters will be released throughout the summer, recounting Pam’s introduction to her mentor in the heart of the Atlanta music scene, her move to Nashville, her rise to international acclaim as one half of the duo Kennedy Rose, and her rich and varied experiences as a touring musician, which included sharing the stage with Sting on his “Soul
Cages” tour. A full outline of the book and chapter synopses are available on the website.

In another unique aspect of the project, Ms. Rose has formed a joint venture with Cohesion Arts. “I retain all the rights the material,” she explains, “but we’ve formed a partnership around the the sale and distribution of the product when it’s completed.”

“Pam provides all the words and music,” explains Cohesion Arts co-founder Paul Schatzkin, “and we’re helping her get the work into the digital marketplace and find its audience.”

Through e-mail and social media, Pam and her partners at Cohesion Arts hope to assemble a sufficient audience to launch a ‘Listener Supported’ campaign to finish the book and new music tracks, and further promote the hybrid project in the fall.

About Pam Rose: Pam Rose is a Two-Time Grammy Nominee (Restless Heart’s “I’ll Still Be Loving You” and the classic “Ring On Her Finger, Time On Her Hands”). She enjoyed a long and fruitful partnership with co-writer Mary Ann Kennedy, with whom she formed Kennedy Rose. Sting signed the duo to his Pangaea Records, and they toured the world with him on his “Soul Cages” Tour. Pam presently appears on the National PBS TV Special “Tommy Emmanuel & Friends” scheduled to appear in national pledge drives through 2013, and performs “I’ll Still Be Loving You” and the title book track “My Life”.

About Cohesion Arts: Cohesion Arts is a Nashville-based startup that offers artists’ management, digital marketing and label services to a small but carefully selected clientele. Its releases include the highly acclaimed “The 1861 Project,” a collection of original songs about the U.S. Civil War. Founders and Principals in the firm are Alex Curtis, Michael Lovett and Paul Schatzkin.