Must We Continue to Be “Consumers” ? 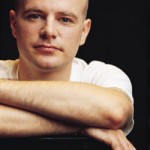 Last night, as I was seeking a moment’s diversion from working into the wee-hours, I encountered this post to Facebook, linking to this post by Derek Webb, one of the proprietors of NoiseTrade (a service I subscribe to but don’t use much, since it is mostly about downloading, which I really don’t do much any more).

I had a hard time reading Derek’s post at first, because it’s displayed with a light-grey text against a slightly darker grey background (aspiring web designers please take note) — a combination that was tough on old eyes tired from several non stop hours (days… weeks… years…) of staring at a screen. This morning I took another look while having coffee with my iPad, and was able to forge my way through Derek’s commentary.

I do agree with much of what Derek says about the value of giving away music in order to develop a fan base and eventually derive commerce from those relationships. But I also took exception to his assertion that “I will withhold any new releases from Spotify in the future.”

What’s curious about Derek’s post is that it expresses some of the same antiquated notions as the David Lowery screed – the insistence that we continue to regard music a ‘product’ and treat the customer/fans as ‘consumers.’

The good new is Derek’s grey-on-grey Tumblr blog reads much better in the Facebook iPad app than it does in a laptop browser (in itself a first – the first thing the FB app excels at).

The bad news is that, now that I’ve read it more closely, I actually disagree with a lot of Derek’s premise.

His dismissal of streaming services like Spotify (“…I will withhold any new releases from Spotify in the future…”) is simply a denial of the inevitable. That statement wreaks of the “we must stop this new technology” mentality that the major labels advocated at the dawn of the digital era.

I do agree wholeheartedly with the premise that it is better to have a fan relationship than a “sale.” It’s how that relationship is embraced, where we differ some.

The disconnect for me stems from the apparent desire to then use that ‘fan’ access to continue to “sell” them music in discrete units – downloads or discs. We want to connect with fans so that we can continue to treat them as consumers and sell them… well, stuff. But in the digital era music no longer qualifies as ‘stuff.’

That fundamental idea of selling units of stuff is a lingering hangover from the industrial era, when commerce was predicted on manufacturing, distribution and retail delivery. I contend that for any IP that can be delivered digitally, that model is on the bubble now.

A lot of the critics of new technology (David Lowery, for example, and boy has he outlived his 15 nanoseconds…) contend that the Emily Whites of the world need to be re-educated to be more “moral and ethical” consumers. In the long run it is going to be better to re-educate both the creators and the users around the venerated concept of patronage.

The fans were always the patrons in the end, but that vital role was obscured by the layers of delivery that reduced patrons to consumers. The technology is now restoring that role, as evidence by the emergence of the Kickstarters of the world.

Derek can withhold or distribute his content however he sees fit; That is certainly one upside of this whole new environment. But in withholding from Spotify, I think he’s got one mental foot firmly planted in the old “make them buy products” paradigm.

There is an end-game to the inexorable march of this digital technology. There is a Celestial Jukebox in our (perhaps not to distant) future: whatever you want to hear, whenever you want to hear it, wherever you are (if the bastards ever let us). Withholding content from the Spotifys of the world is not going to keep that from happening. And when it does arrive, roles and relationships will have to be redefined, because we’re just not gonna be able to “sell stuff.” Not the actual music, anyway.

For the record, I mean no disrespect to Derek (or does saying that mean that I do, like when Lowery tells Emily that he’s “not trying to shame” her and then proceeds to do exactly that…?). I did discover Derek’s music a couple of years ago. I found the music quite appealing and checked myself into the “fan” column. And while I never really followed up on that initial impulse (that’s a subject for a different post), I might not have had even that opportunity if Derek had not found some means by which to make his music freely available. On that much of his gist, I believe we are in complete agreement.