Origins of the Troubadour Logo 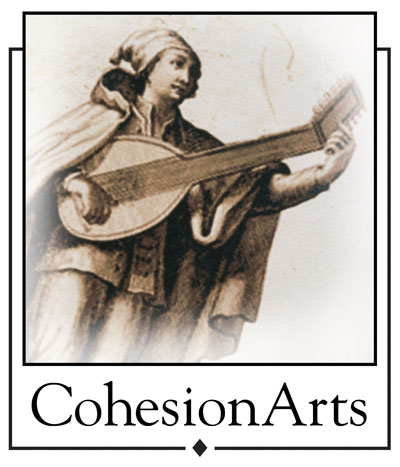 I was (again) going through the photo archives over the long holiday weekend, and came across the set of photos from when/where I found the Troubadour that graces the top of these pages.

It was during our annual “Fall Tour” in 2010, which in October of that year took us to Eureka Springs, Arkansas. That summer had been pretty dry, and so I mostly remember that fall tour as being warm and brown, rather than cool and colorful — which is what we expect for a “fall tour.”

The hostess at the b&b where we stayed told us something we didn’t expect to hear: that there is medieval castle being built in the forest about an hour east of Eureka Springs. Sure enough, later that morning we found ourselves traipsing around the grounds of something called the Ozarks Medieval Fortress, where a contractor with some experience restoring old chateaus in France had commenced to building a small stone castle, using techniques much like those used in the 12th and 13th centuries.

While wandering the grounds, I happened upon this display, which described some aspects of life around such a dwelling and fortress during their heyday:

I spent about 15 minutes photographing the sign from numerous angles, and when we got home extracted just the Troubadour element to use as the logo for this website, etc.

In its first incarnation, the Troubadour illustrated what I thought was going to be the gist of “Cohesion Arts” – “Fostering A New Troubadour in the Era of the Celestial Jukebox.” I’m still enamored of the seeming paradox in that juxtaposition. And while the original conception of “Cohesion Arts” (some kind of artists-management-collective) was set aside last summer, I still believe there is some merit in the notion that all this technology is actually restoring aspects of culture that were paved over in the era of mass production and broadcasting.

It may be hard to see it that way, because for most people, the perception of the future is colored by a hangover from the immediate past. We expect the future to be like the present – only more so. Like when you look at illustrations from, say, the 1920s or 30s, what you typically see is not so much a prediction of the future as a reflection of the ethos of that present era.

By same token, every time I hear a prediction that something happening today is “the future of… (insert subject here), I can’t help but hear extensions of an old paradigm that some are still trying to drag into the future.

And, as long as we are talking about troubadours, I can say that I find this tendency particularly true in the realm of music, where we continue to live in a hangover from the previous era, where we think we have been successful every time we somehow manage to adapt old forms to new technologies.The actual future remains elusive, and, particularly in the realm of music, I don’t think we have seen the full impact of digital technology. The download model is an extension of the product model – we’re still buying and selling discrete units. But once the streaming model settles in, the ultimate shift will be dramatic in ways that we have yet to foresee. Just the fact that there is so much objection to the business model makes me fairly certain that we haven’t got a clear grasp on what’s coming at us. So I’ll stick with the Troubadour, who at the very least is a reflection of a very different time, not just the time immediately before the one we are entering now. Besides, it came from a castle, and as you all should have figured out by now, I’m a sucker for castles.