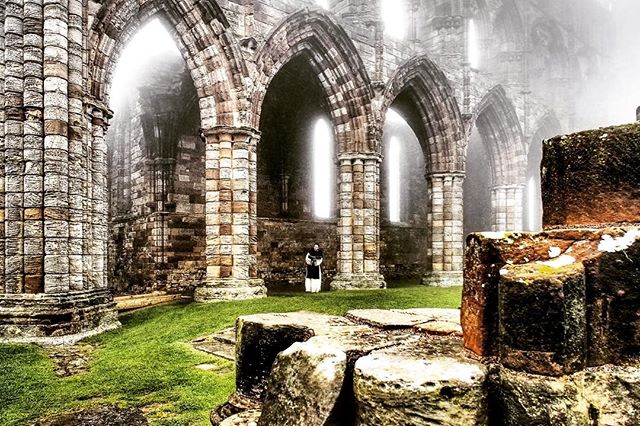 A touring musician friend posted some photos this morning from Whitby Abbey, on the Yorkshire coast of Northern England; that reminded me of my first visit there in the spring of 2013 (jeez, five years ago!). Whitby figures prominently in English ecclesiastical history. It was here in 664AD that the Celtic traditions of the early church in England were discarded in favor of the rituals of the Roman hierarchy – thus setting the stage for Henry VIII’s Reformation and the ruin of great abbeys and monasteries throughout Britain – like this one built on the site of the synod in the 13th-15th centuries.

File this one under “the seeds of destruction are planted in the creation.”