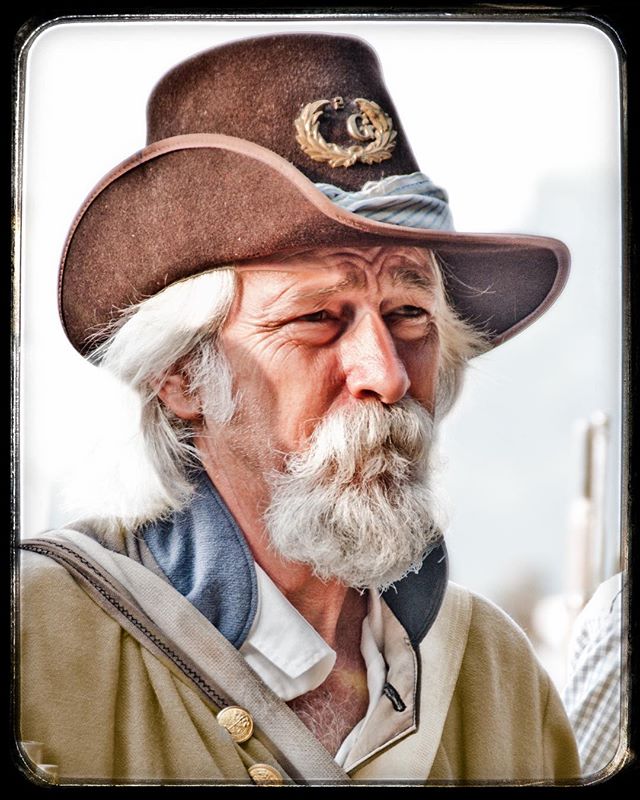 This gentleman was standing in formation as part of a Confederate regiment at the Sesquicentennial re-enactment of the battle of Bull Run / Manassas in July, 2011. I was there to shoot photos for “The 1861 Project” (Spotify) – a collection of three CDs about the Civil War that I helped produce between 2011 and 2014.
.
The temperatures that day went into triple digits, so it’s not hard to imagine what’s going through the old guy’s mind as he stands there in his butternut wool uniform, awaiting his orders. Though all the troops would he shooting blanks – and into the air at that – he is surely wondering if he will survive the day. There were 8,000 re-enactors the first day. There were fewer than 6,000 the second day. #Attrition .