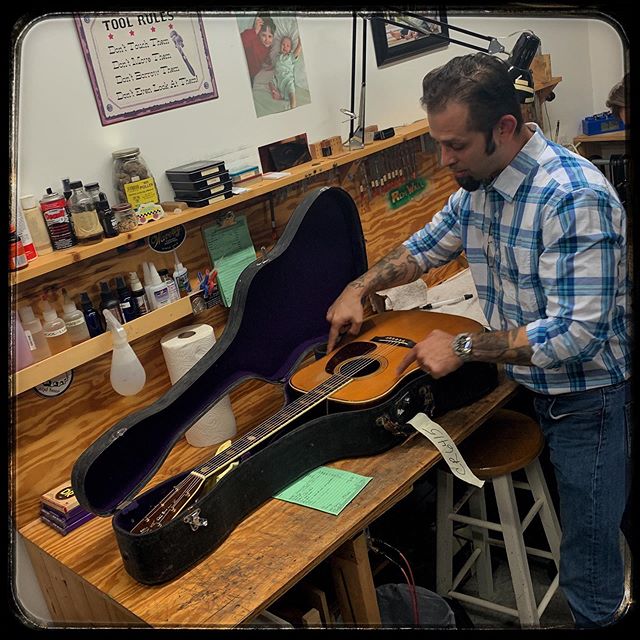 Nerves of Steel At Work

After the GuitarMash at City Winery, we were treated to an after party at Gruhn Guitars, one or the premier vintage guitar dealers in the whole world. Most of the festivities were held in the main showroom of Gruhn’s three-story location on 8th Avenue, on the outskirts of downtown Nashville, but the real treat was getting a chance to go up to the second and third floors.

The real treat was getting a tour of the workshop on the third floor, led by Greg Voros,. the Repair Department Manager. Here, Greg is explaining how the neck of a vintage Martin – in this case a 1940 D-45 worth something in the neighborhood of half a million dollars – is “re-set.” After nearly 80 years, the neck has to be removed through a very delicate process. One false move, Greg explains, and the value of the instrument can plunge by as much as $150,000.

Clearly not a job for the faint of heart.