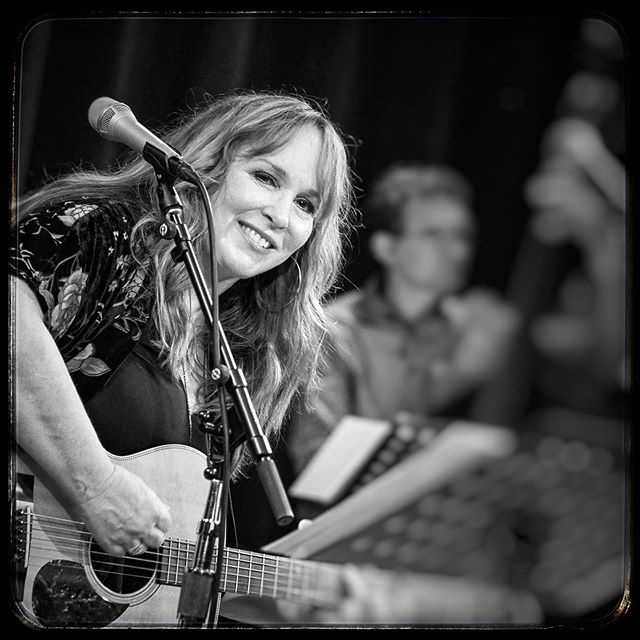 This is one of my favorite shots from the second (annual?) Guitar Mash at City Winery Nasvhille on May 11, 2019.  Also dubbed “The Urban Campfire,” this event encourages the audience to bring their instruments and play along with the artists on stage.  The house band is led by Mark Stewart (musical director for Paul Simon) and Nashville’s own Jerry Douglas, International Dobro Maester Extraordinaire.  The lineup also included, in addition to Gretchen, Amythyst Kia, Nicole Atkins, some guy named Jason (Isbell) and some other guy named Buddy (Miller).  I’ll post some more pix this week.