“Social Media” ? Give It a Minute…

But in the endlessly evolving environment of digital media, an “expert” is really somebody who knows…. just a little more than you do. 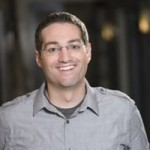 By that (admittedly low?) standard, Bill Seaver is somebody who has lately focused his attention as a marketing expert on social media, so it warrants our attention when he says:

In my experience it takes three or four months for most people to begin to see positive results in any of the above areas. By they time they cross the six month mark, however, they tend to feel like they really have momentum going for themselves and the sky is the limit.

Amen. The post is worth reading — but bring with it the understanding that there is going to be a lot of diligent “hand-cranking” of these “high-tech” tools before you’ll see any meaningful results. It will take at least four months, maybe six, maybe more before the effort pays off. So add the word “patient” to the expression “hand-cranking.”

Yesterday, Google and a handful of music and tech types converged in a small auditorium in the basement of the old Capitol Records building in Los Angeles (you know, that cylindrical edifice that supposedly looks like a stack of records on a spindle?) to announce the details of the "Google Music" search service.

It's hard to imagine a more perfectly anachronistic location for such an event: Within a monument to music-as-a-product, yet another announcement heralding the end of that era.

Now speculation is rife re: what it really means.  Is this new layer of search results a "game changer"?

The actual service is pretty straightforward, about what you'd expect Google to come up with, and it would appear that Google has chosen its partner services wisely.  This video will give you some idea how it all works:

Essentially, what this new search function does is integrate a pop-up music player from either MySpace or Lala.com into Google's search results.  That in of itself is probably not a big deal.  It's convenient, but that doesn't make it a "game changer."  Hell, the game changed ten years ago.  Everything now is an incremental improvement toward the inevitable, and this new development certainly qualifies on that score.

The incremental improvement that the Google Music search layer offers is the likelihood that its convenience will get millions more users accustomed to the idea of having "access" to a vast music library instead of "owning" just a tiny subset of that library.

Both MySpace (with its new subsidiary, iLike) and Lala.com are included as the primary providers for the Google service; both provide streaming audio players that pop up in their own window once the results of a music-related search are delivered.  There doesn't appear to be any particular logic as to which player comes up, and when asked at the event yesterday Google's spokesman would say only that the results are evenly distributed between the two partners.

Clearly the big winner in this new set up is Lala.com. With this single stroke, Lala suddenly achieves the sort of "household name" status that MySpace enjoys — despite MySpace being a hideous wasteland.  Lala, by comparison, is elegant, clean, comprehensive and useful. And it can't hurt that this Google announcement comes on the heels of an alliance with that other Internet-swallowing monster, Facebook.

The big loser is the "30-second clip." Soon enough, any music service that continues to rely on song snippets as an enticement toward purchasing whole song downloads is going to start to wonder where their traffic went.  Are you listening, iTunes?  Do you see the handwriting on the wall yet, Amazon?

I'm always surprised when I get into a conversation about music (and by default nowadays, that means music the Internet), and discover that whoever I'm talking to  has yet to discover the myriad and joyous functions of Lala.  "I just changed your life," I tell them, and once they start using it, the reaction is something along the lines of "I should have known about this sooner."

Now everybody who searches for anything related music via Google is going to find out about Lala and begin to use it.

After the formal announcements and presentations by Google, MySpace/iLike and Lala, there was a panel discussion of sorts featuring a couple of artist types (Mos Def, Mike Shinoda of  Linkin Park, Ryan Tedder of OneRepublic) and a couple of label types (Syd Schwartz of EMI, Wendy Nussbaum of UMG, Steve Savoca of indie Domino Records).  They all tried to wax meaningfully about what this portends for their businesses.  They kept using words like "monetize."  Because apparently they still think people are going to keep "buying" songs.

But Bill Nguyen — CEO and Co-founder of Lala — gave away more than he probably intended when he started waiving his iPhone around and bragging about Lala's pending mobile app (which is still in beta).

Asked by somebody in the audience "How do you monetize all this free stuff? Is there an option to buy?" Nguyen whipped out his iPhone and described how having a service like Lala makes "everything I just bought available to me…"  What he neglected to say is that what he's "bought" is not the 99c download — but the 10c "web" track (and I will bet that becomes a flat-monthly fee sooner rather than later).

I don't think any of these panelists fully realize that they are jumping into an abyss without a parachute.  This may not be the game changer, but the game is certainly changing — again — and this new service could be a big part of the end-game.

So it was most intriguing to hear Steve Savoca of Domino Records  talking about the need to "change consumption behavior" — particularly after stating that "50% of our business is digital."  Then he went on to praise the new Google service as "instant gratification… a zero friction music experience…"

Which makes me wonder if he's even listening to himself, or if he hears the real consequence of what he's saying.  Because if this service takes hold, and if vast numbers of users begin to get comfortable with "access" to — instead of "owning" — music, that 50% of his business is going to shrink by a factor of 10.  His dollars are about to become dimes. And then pennies.  And then… poof.

But the big behavior change that Google Music takes farther down the field (and remember, we're already well inside the 10 yard line…) is the expedience of streaming over downloading.  With Lala's player jacked into the search results, a whole new legion of users is going start thinking "hey, for a dime a track, I can listen to TEN TIMES as much music as I can listen to by downloading MP3s…" and then the Dominos of the world are really going to start falling.

The most telling moment of the whole nearly-90-minute press conference came very close to the end, when one of the journalists in attendance asked the panel how the revenue from these transactions is going to be distributed.

Mos Def — who had been sort of mumbling and incoherent earlier in the proceedings — pointed to the 800 pound gorilla in the room: " "they don't want to talk about that," he said, clearly enough for the whole room to erupt in laughter.  Nervous, gallows-humor laughter.

You have to give the label conglomerates some kind of credit; by getting on board with something like this, they at least acknowledge that the technology is now their master, and they are doing what they can to adapt (finally). You just have to wonder when they're going realize that the train is going over a cliff.

Enough already. I learned about some bands I've never heard of before at yesterday's press conference.  Now I need to go "consume" some more free music…