Dispatches from the Outskirts, Nov 3 Edition – The Social Media Dilemma 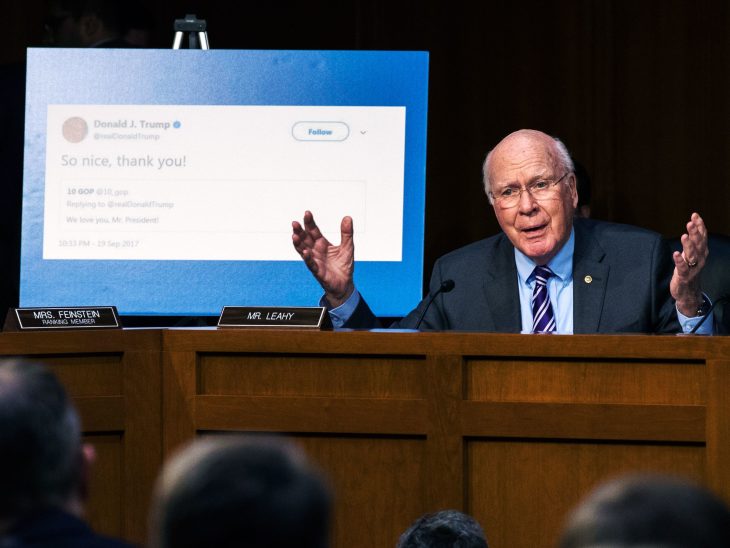 What are you supposed to do when the elixir is sweet, but the bottle it comes in is toxic?

That’s how I feel this morning, reading this coverage of the Senate’s hearing with the representatives of the three biggest ad-based web platforms – Google, Facebook and Twitter:

“Russians have been conducting information warfare for decades,” said Democratic Sen. Mark Warner in his opening remarks. “But what is new is the advent of social-media tools with the power to magnify propaganda and fake news on a scale that was unimaginable back in the days of the Berlin Wall. Today’s tools seem almost purpose-built for Russian disinformation techniques.”

I will confess (as will surprise absolutely no one) that despite my cute “no Facebook” cover-and-profile photos, I am not fully recovered from my Facebook addiction. It’s made a huge difference taking the mobile app off my phone, but I still have it on my iPad, and the browser version is only an “f” key away. So, yes, I’m still looking in several times a day. Like an alcoholic who keeps venturing in to the tavern…

My little sister is coming to visit

And when I do look over the wall, I see all kinds of things that I find appealing. Like this post from Mary Gauthier about hanging out with Sarah Silverman. Or this thread from Rod Picott about the end of the baseball season (I even contributed a comment to that one). Or this delightful photo my sister posted from our family photo albums as she prepares to visit Tennessee over the weekend.

All of that feels harmless enough. But the whole time I’m wading through this digital swamp I can’t seem to shake this nagging feeling that something is just not right about all this. There is something lurking beneath the surface, something deceptive, almost pernicious. It’s the feeling you get when exchanging light-hearted digital banter, but slithering around our feet is a big-mouthed s culture-devouring beast.

In addition to reading the above linked “WIRED” commentary on the Senate hearings, I also listened yesterday to Terry Gross’s interview with feminist writer Lindy West – who recently bailed on Twitter after being subject to entirely too much vicious trolling. She nailed the essence of my own dilemma when she said:

But at the same time, I don’t get to be a part of these really, really important and often beautiful national conversations that are happening right now…I feel very behind…

I really loved being able to communicate with people, and learn from people and, you know, riff, joke around with people. And so in that way, I guess the silencing campaign succeeded. You know, I’m not there. I’m not part of that conversation. But it’s – my mental health and my personal life are much, much better not on – not being on Twitter.

That’s precisely how I feel about Facebook – that my presence there is an endorsement of a platform that is undermining the fabric of the our fundamental institutions, and that the relentless compulsion to open the app and “tune in” was somehow damaging to my mental health.

I say all this while fully grasping the ironies involved – not the least of which is using Facebook to declare how much I dislike Facebook.

There is also the fact that for most of my adult life, I have actively studied the history and evolution of communications technologies (why, I even wrote a book about it!), so I know that all this “social media” stuff is just something “new” that we have yet to fully grasp the meaning and value of. And I get that by pushing away from it I am consciously participating in the next wave, the pitchforks-and-torches reactionary big-tech backlash we are now seeing unfold.

So yes, ironies abound. But for now at least I still feel that getting an active handle on my “social media engagement” is a necessary element of my recovery. And that in so doing, I am shooting a tiny arrow of defiance at the ramparts of the big tech fortress.

That will have to do for now.

Oh boy, medieval imagery: We must storm the ramparts of Big Tech!