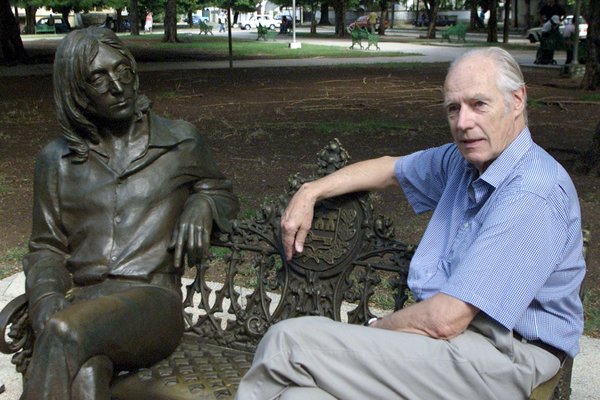 Like the rest of the world, I awoke to the news this morning (I read the news today, oh boy?) of Sir George Martin’s departure from this earthly plane:

George Martin, the urbane English record producer who signed the Beatles to a recording contract on the small Parlophone label after every other British record company had turned them down, and who guided them in their transformation from a regional dance band into the most inventive, influential and studio-savvy rock group of the 1960s, died on Tuesday. He was 90.

The New York Times obituary mentioned several songs that are regarded as among the breakthrough recordings that Sir George produced with the Beatles during their tenure at EMI / Abbey Road Studios in the 1960s.

So, naturally, I skipped over to Spotify and assembled a playlist of those breakthrough songs:

The Best of AmericanaFest Playlist

OK, I've figured out how I can create and embed a playlist of the music I heard — and heard about — while attending the Americana Music Conference in Nashville last week. The list now appears to the right of this post, and visitors to this site should be able to listen to the tracks in their entirety "first time for free."  I'll be adding to the list in the days ahead, so just update your browser and the revised list should appear. Lemme know if you run into any problems…