Dispatches from the Outskirts of Facebookistan – October 16 Edition 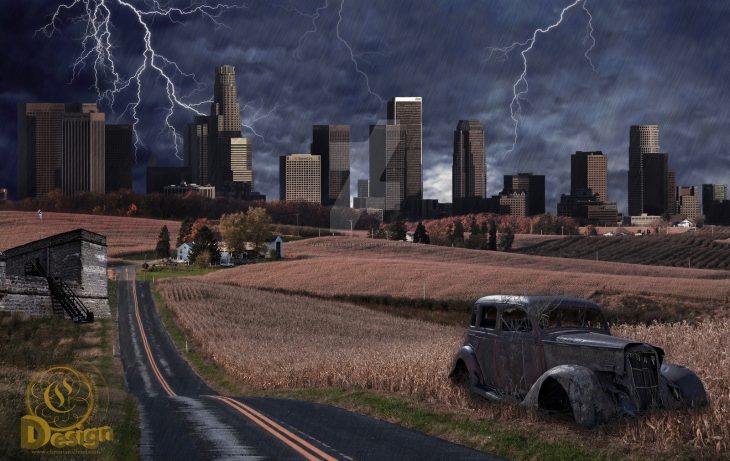 I have often referred to Facebook as the Internet’s “infinite random trivia generator” – a notion largely derived from the mind-numbing habit of staring at the display – laptop, desktop, or hand-held – and scrolling on, forever thinking that the next post will be something genuinely interesting or profound. OK, maybe the next one. Or the one after that. Or the one… you get the picture.

I have refrained from posting anything on Facebook (OK, maybe a comment here or there…) for the past week.

I suppose you could say that by trying to avoid Facebook I’m actually more fixated on Facebook than if I was just interacting with it normally. Maybe the problem is I just don’t know what ‘normally’ means anymore. But two weeks in to this self-imposed quarantine, I think I can safely say I’m not missing it all that much.

Anyway, here’s what you missed:

There’s been a lot said both pro and con re: TN Senator – MY Senator – Bob Corker offering some choice observations about the Moron in Chief in the past few days. I tend to fall into “where was he when we needed him?” camp, for reasons that are alluded to in this delectable bit of diatribe from Wonkette– my go-to site for caustic and profane commentary on current affairs:

It’s true that Corker has done a lot of fucked up things. The race-baiting ads he ran against Harold Ford Jr. in his first campaign come to mind! He is not a hero. But he is doing something important right at this moment. We feel like both of those things can be true at the same time, no?

OK, so Harvey Weinstein is fat and ugly. Couldn’t he at least shave? #UglyStubble

Why do men still wear buns in their hair? You would think with all the ridicule and scorn that has been cast upon man buns that by now they would know better. #NoThatDoesNotLookHip

Now on to the really important stuff:

It’s discouraging to think that the Cleveland Indians could finish the regular season with the best record in baseball, and then lose three consecutive games to the New York Yankees and be knocked out of the playoffs.

Maybe I just feel that way because I grew up in a time when one team won each league and then went to the World Series. You won the season, you got to go the World Series. There was no “Post Season.” There was just the World Series. Which was played in early October. And during the day. That made a whole lot more sense than than this idea that a second-place team can be the “World Champions” – after playing all the games in the cold nights of late October. Jeezus.

I still think of the Houston Astros as a National League team, so I don’t understand why they’re playing in the American League Championship Series, but at this point, at least they won their division, and they’ve never won a World Series. So I might start rooting for them.

The Astros were originally the Houston Colt 45s, and became the Astros when they started playing in that dreadful Houston Astrodome. For that alone they should be condemned to baseball purgatory, but I’m going to overlook that now that they’re playing in a modern new park – with a retractable roof so they can play outdoors when the weather and Houston humidity permit.

The Astros / Colt 45’s were among the first “expansion teams” in 1962 – the same year the Mets were formed – and the Mets won their first World Series a mere seven years later in 1969. So maybe it’s the Astros’ turn this time.

Anyway, I bought a Cleveland Indians hat and was gonna root for them in the playoffs this year.

Because I really don’t have a personal favorite team any more. I grew up with the Yankees, became a “closet Dodger fan” after I read a biography of Roy Campanella (nobody ever mentions the second black man to play in the Major Leagues…) in the fourth grade, and was a Braves fan for a long time after moving to Hawaii in the 80s (TBS was the only “live” national television station in the Islands for a long time).

But over the last decade or so, my interest in baseball has waned considerably – thanks to the interminable post-season games and the endlessly repeating commercials. Since I got TiVo in 2001, I just can’t sit through commercials anymore. So I don’t really have a favorite team any more and I have no idea who any of the players are.

Now that the Cubs have won a World Series, I figured it’s the Indian’s turn. I bought a cap and was gonna root for ‘em. I got to wear the hat for exactly ONE game before the second-place-in-the regular-season (in other words losers!) Yankees knocked ‘em out of the stupid “Divison Series.”

I think I’m just going to keep wearing my Indians cap in mourning, but root for the Cubs in the National League and the Astros in the American League (that still sounds weird). But I’m not gonna buy another hat.

Famous questions from the Apple Store: “Do you have a thing that can get the boogers out?” (of an iPhone’s Lightning connector socket).

I keep hearing about a news service called “Axios.” The references treat it likes it’s a credible news service that’s been around for a long time, but I swear I never heard of it until about a month ago. Whathefuck is “Axios” and why is its suddenly getting all this attention?

Here is my definition of an asshole: somebody who will stand in the middle of an audience, and not even look around to see if he’s standing in front of somebody. Hey, asshole… down in front!

More baseball: Is it really necessary to a emblazon all the uniforms and caps with a “Post Season” logo? I know it’s the post-season. I don’t have to keep being reminded every time I look at one of the players. #CrappyMarketing

This is “the Facebook effect” : In the one instant that I look at Fucking Facebook, I see something that somebody I know is photographing Jason is bell at the Ryman. I immediately feel terrible if that’s not me. Fuck you, Facebook.

I’m pretty tired of hearing people complain about the USB-C ports on the new MacBook Pros. It’s the port of the future. You need adapters to connect to the gizmos of the past. Get used to it and shut the fuck up.

Well, there ya go. 1200 words worth of witty and profound.

See ya next week.