Dispatches from the Outskirts:
Whither Facebookistan? 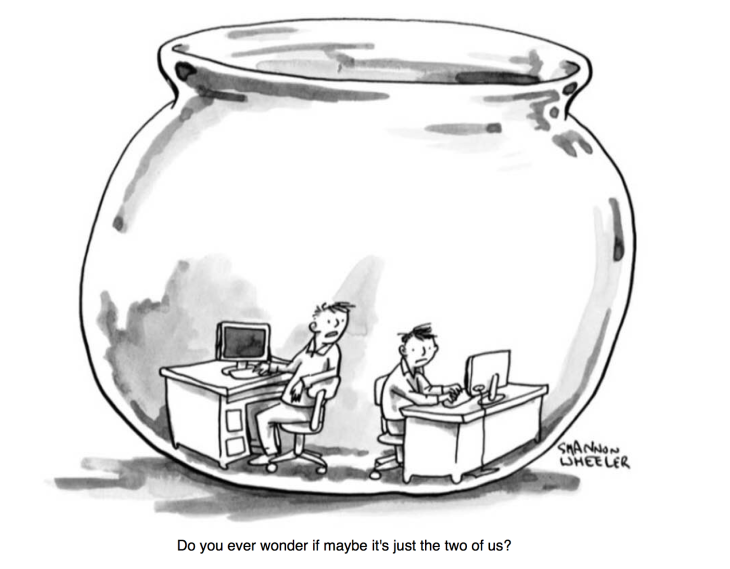 A gun goes off, people – children! – are killed and wounded, and the cycle of social media outrage – over the act, over the response or lack-thereof, over the unfathomable tragedy of it all – resumes, along with the meaningless deluge of “thoughts and prayers” that pours into the digital ether all over again.

The last time this happened (well, no, not the last time, because amid this week’s news comes the revelation that Parkland was, what, the nineteenth gun-related multiple-death incident this year?!?!), in the aftermath of the Country Music Massacre in Las Vegas last October, I started to scroll through the countless expressions of futility and declared that “The Moment That Facebook Became Insufferable.”

Then I went into a self-imposed exile from “Facebookistan.”

Too much has already been written about the irresistible lure of our devices and the impact their mere presence has on our focus, our concentration – our very consciousness.

I can’t find the source now, but I’ve read several times about a recent study where one group was asked to leave their phones in another room while the other group kept theirs beside them; the group that left the phones outside demonstrated better focus and concentration because they were less inclined to glance at their gizmo in search of some random new input. The other group’s attention was, how shall we say, more fragmented.

I know the feeling.

Dozens of times every day – especially when I am trying to write something, or in the midst of editing photos, or learning/practicing something on guitar… I will fill a momentary void by flipping over to my browser; all I have to do is enter the letter “f” and Facebook appears…

When I went into my self-imposed Facebook exile back in October, I did two things that I thought would make all the difference: First, I removed the Facebook app from my iPhone; second, I removed the permanently pinned “Facebook” tab in my browser – which was, until then, the first tab in the line-up of ten permanently pinned tabs I keep open. That way (I told myself) I was keeping Facebook at arm’s length. This, I now realize, was the alcoholic’s equivalent of locking the liquor cabinet but keeping the key.

Then I tried to adopt a routine of only posting things to my own website, and using a social media plugin to “toss” those posts “over the wall” into “Facebookistan.”

But jeez, who was I kidding?

Looking back over the past few months I realize how I let my weakness prevail: What I didn’t do was remove the Facebook app from my iPad. I must have fooled myself into thinking that was safe because I don’t have the tablet with me all day like I do the phone. But whenever I did open the tablet, like on a break at work, too often the first thing I did was open the damn Facebook app.

Turns out was my ‘gateway app.’

And while I no longer have the Facebook app on my phone, after a few weeks I got into the nasty (and very inefficient) habit of opening Facebook in the phone’s native browser – all the while telling myself the compulsion was under some kind of control because I wasn’t using the app. And as I said, even though the permanent tab is gone from my desktop browser, Facebook is still just one or two clicks and the letter “f” away…

There is a pernicious cycle at work here: even when something is posted “indirectly” as I was doing, the immediate impulse is “has anybody seen it?” “Does it have any Likes yet?” “Are there any comments that I can reply to?” And before I knew it, the whole damn sickness had crept back into my life.

My favorite line in the Big Book of Alcoholics Anonymous (of which I have been an inconsistent member for over 30 years) is the line that says,

“half measures availed us nothing.”

I took that mandate deeply to heart 30 years ago when I stopped puffing and sipping and snorting. I probably owe my continued existence to my adherence to that one clause.

Now, to the extent that it is fair to say that the Internet/Social Media/Facebook engagement bears many of the qualities of classic addiction, I’ve got an even better sense or just what that “half measures” business is really about.

I tried “half measures” with Facebook – much as the alcoholic tells himself “hey, I can have a beer now and again” or “this glass of wine with dinner is no problem…” – and like that alcoholic, over the course of a few months, I now find myself once again lying face down on the floor of the digital saloon.

It is a strange time we find ourselves living in. In the 20th century, “celebrity” – a public persona – was the exclusive enclave of people who had achieved some demonstrably high level of achievement. In the 21st century, anybody with a keyboard and screen has a platform and access to a potential audience of billions. Before there was Facebook or Twitter, only the most deserving (or the most notorious) lived in the fishbowl of celebrity. Now we all have a public persona. Some are better developed than others.

Over the past couple of weeks, I’ve had an interesting email exchange with a friend with whom I also often interact on Facebook. Let’s call him “Ken” (because, well, that’s his name..).

I shared with Ken my frustration over, “the effective integration of Facebook into my life” and this sense that it’s just a habit that can’t be knocked. Ken wrote back,

I don’t struggle with FB quite as much. It’s a tool for me, one that I’m pretty good at using, and pretty good at staying away from when needed or warranted. And I think I’ve gotten over the ‘likeitis’ wondering who or how many liked something witty. At this point I know I’m pretty witty and folks are going to respond to it that way-and quite honestly I just don’t care anymore who or how many like anything I do or say.

That sounds much healthier than whatever is that I’m doing with Facebook. But I also think I’ve come up with a clue why that is. Bear with me, it gets confessional from here…

By ‘struggle’ I mean: I wrestle daily with fundamental questions about my identity, my abilities, and WTF am I doing here? My father died at 37, my brother at 62, and yet, here I am at 67, still fumbling from one day to the next, trying to find some semblance of my own shit to hold together (and don’t even start me on the existential crises of the past two years, though I suppose they are all inter-related…)

I think Ken has the advantage of a much healthier perspective: He found his life’s purpose (he’s a brilliant instrumental guitarist) a long time ago and everything about his “public persona” flows from that.

I, on the other hand… still struggle to narrow it down, or even define my life broadly. Consequently, my “public persona” is a perfect reflection of that inner turmoil.

As as kid, I had all these creative things I could do: write stories, play guitar and sing, and at various times over the years make pictures (but only with the help of lenses – I discovered in the first grade that I had no talent for actual ‘drawing’, which is probably when my estrangement from the word “art” as a means of personal expression began…).

But for one reason or another that not even a lifetime of therapy has managed to unearth, those abilities languish, never fully developed or manifest. I still feel like there are all these things I can almost do. So I am probably not going to get an effective handle on any kind of “public persona” until, like Ken, I’ve got a better sense of what actual purpose I’m using all these “tools” for.

Until then, I rail against the futility of it all, particularly in the face of collective tragedy.

And so, like the Big Book says, I just have to admit that “I am powerless over Facebook and my life has become unmanageable…” And then, I guess, seek the counsel of a Higher Power (or a new therapist?).

Meanwhile, we have come full circle: another bullet-induced national calamity (deep in the midst of the broader calamity that befell The Republic a little over a year ago) and the cycle is back to its full, flaming, alcoholic fury: tens of millions of outraged citizens of Facebookistan spilling into their public personae while just trying to get a grip on imponderable madness.

But wait: Do I have any “Like”s yet? Any comments??