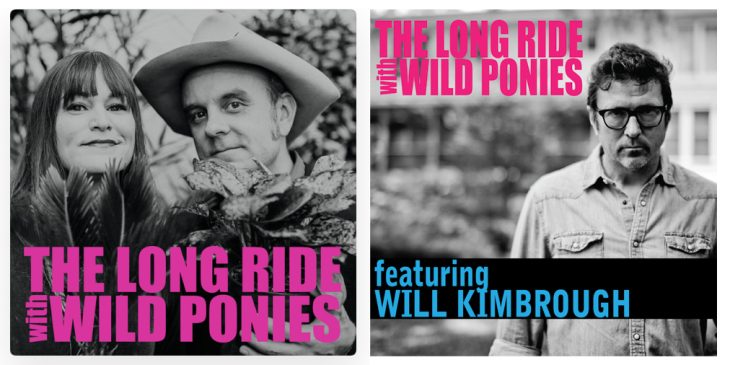 Clearly there are not enough podcasts in the world, so what’s not to like about just one more?? (#sarcasm)

Funny thing is, despite the virtually infinite selection of podcasts available nowadays (which nomenclature I find ironic, since who uses an actual iPod anymore?) it can actually be hard to find a new one that you want to subscribe to.

I am speaking of “The Long Ride with The Wild Ponies.”

Hosts Doug and Telisha Williams (aka “The Wild Ponies“) have come up with what seems like a fairly original format. The first episode features a solo performance by singer/songwriter extraordinaire (really) Will Kimbrough, peppered with conversational breaks about life as traveling and performing artists. I can’t say whether it’s because Will is such a tremendous (phenomenal, really) solo performer, or because the hosts do such a great job of keeping the conversational interludes brief and on-point, but between those elements the whole format just sorta works.

Since the profusion of podcasts offered up lately are mostly just two people talking and pretending to laugh at each other’s lame attempts at humor, this format is a welcome relief. I found it thoroughly engaging from start fo 46-minutes-later finish – although Will Kimbrough – have I mentioned how exceptional he is? – has placed a rather high bar for future guests to rise to.

Of particular note is the “Speed Bump” segment near the end where Doug and Telisha ask a series of quick either/or questions, like:

Such depth of insight is rarely found this side of Malcolm Gladwell. And Gladwell can’t sing or play guitar.

So get ye over to your Podcast app and listen to “The Long Ride.” It will make your next long ride go faster.

Aso: H/T to Laura Schneider, who had to mention this several times before I finally took the hint.