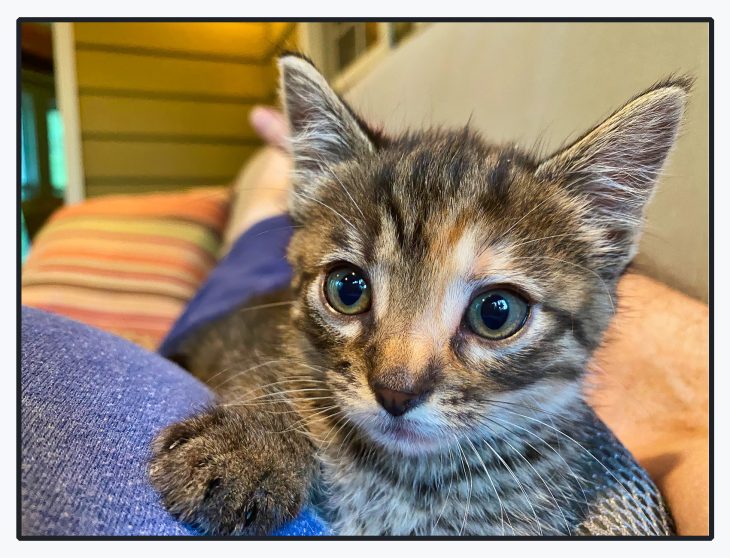 Every year, around the middle of March, as the cold and dreary of winter wears on, I will say of the season, “Winter: it goes on until you can’t take it any more – and then it goes on a while longer.”

And quite possibly the summer.

It can likewise be said of the past 5 years, when speaking of the descent that started with that ride down the escalator that has no bottom floor. 5 years later, new bottom after new bottom, and still we descend…

Other than that, Mrs. Lincoln….

I really have no reason to complain (but I’m Jewish, why should that stop me?) as I have been comfortably ensconced out here in West Bumfuque for the past nearly three months. My cupboards and freezer are filled with provisions, and “essential workers” have made the trek out here each week to drop off more.

It gets pretty damn lonesome at times, but I figure I am better off this way than if my ex was still around. I am grateful that all resolved itself well before I had to lockdown, otherwise the operative hashtag would be #MurderSuicide instead of #HomeAlone.

I wish I had more to show for all this time I have had to myself. I have ventured furtively into various creative endeavors, but let’s just say “the input exceeds the output.”

My attempt at an audio/video recording space. If only I sounded half as good as it looks…

I set up the ‘studio’ in the back of house – the space with the big picture window that I cleared of all but a mediation cushion once I had the house to myself – to attempt some audio and video recording, but the first attempts at actually recording something sounded so bad that I have not tried again for a week or so.

I have not really been writing much. I lament that most of my verbal energy gets dissipated into Facebook posts and comments. Facebook has become my go-to distraction and frustration. On the one hand, it offers the illusion of some kind of contact with other humans. On the other hand, the conceit of keeping an open mind and peering outside my own bubble opens the window on a stream of crazy nonsense that melts my brain.

The back roads less traveled aka my typical top-down joyride routes – Old Charlotte, Pond Creek, River Road and back again.

I really didn’t leave the house for about two months, except for #LifeIsBetterWithTheTopDown joy rides along the back roads between here and Ashland City most afternoons. This has been the season for a convertible, and I have not let it pass without making the best of it, nearly every day.

As for writing… heh.

I’ve written a couple of accounts of my life in isolation, that, again, mostly got posted to Facebook. But I also made some notes about my visit to the doctor last month for my annual physical, posted to my website in two parts here and here.

I have been missing my job at the Apple store. The store closed on March 14. The good news is that Apple has so much cash (like $2-million-per-employee!) – and continuing revenue through online sales – that they haven’t laid anybody off. We’re all still on the payroll. I had a personal experience there that has transformed how I feel about that job and the company:

As the Coronavirus Panic reached its first crest of frenzy in mid-March, I started to worry about the risk for my age bracket relative to the rest of the personnel I work with (many of whom are literally a third of my age). I called the store on Friday March 13 and expressed my anxiety, telling a couple of mid-level managers that while on the one hand I didn’t want to ask for any special dispensation, on the other hand… I’m old and 3-to-5 times as likely to die if I get the Covid. A couple of hours later the Lead Manager called back and said “we’ll take you off the schedule and make sure you get paid.”

That moment brought me almost to tears. No, wait… actually… it did bring me to tears, to the extent that this emotionally-arrested old man is capable of them.

The next day they announced that the store would close indefinitely and offered a similar arrangement for all personnel. But I felt like the universe had singled me out in a way that I felt like somebody had my back – as my therapist pointed out – maybe the first time in my life.

And then I settled into my confinement. They have tried to keep us busy with online training and video conferencing – just more glass and silicon and mostly looking at my own disembodied image on the screen.

In preparation for what remains an unscheduled reopening, I actually went in to the store for the first time on Tuesday for several hours of “socially distanced retail training.” I wish I could say it was anything other than just fucking weird. It was great to be in the presence of other actual humans again but of course we were all visible only from the eyes up. And seeing people for the first time in months but… no hugs, no physical contact of any kind. Wearing a mask and trying to communicate through it… not fun. Also very itchy with the beard. And, of course… don’t touch your face…

“The Pile” – my father was a prolific letter writer; my mother saved them all.

The other thing I have done in the past couple of weeks is return to what I am now calling “The Pile” of letters that my parents exchanged with each other in the year between their meeting and their marriage in 1943. I have been reading the letters and dictating them into a digital document. I don’t know what I will do with this stuff. I have reached the point now where I feel like I just need to stay with “the work” such as it is and eventually something will manifest. I have been circling the idea of weaving my own memoir (remember the 1969 stuff?) with some of this material. I just don’t know yet.

As I’ve been dictating/transcribing these letters into a Scrivener doc, I’ve stored some on Dropbox so my sister in Connecticut can read them. Here’s one from Harvey, and here’s one from Ellen. I’m pretty sure there’s a story in there somewhere…

It’s not quite so lonely out here for the past two weeks… as some of you know (via Facebook), I got a kitten… Her name is “Buster” (she was gender-confused when she first arrived) and she’s about 8 weeks old. I’ve posted pictures of her on Facebook almost every day over the past two weeks.

Other than that, Mrs. Lincoln….