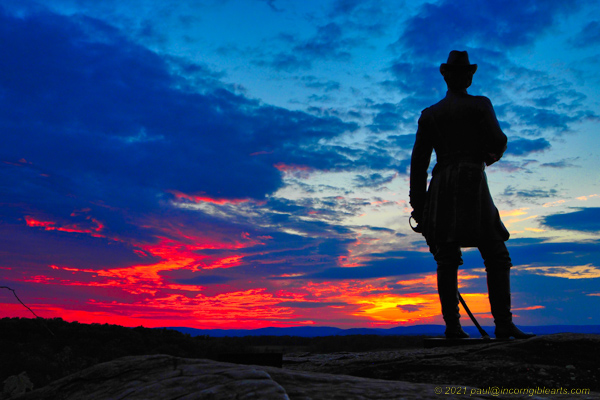 I have always been interested in American history.  Even when I was failing every other subject during my junior year high school, I did well in an American history class.  I am an attentive student of the ‘Early National’ period, owing in large part to my devoted following of Clay Jenkinson’s ‘Thomas Jefferson Hour” podcast (and I’ve been to Monticello like four times – I should dredge up some of those photos, too).

In 2011, that general interest in the subject drew me into a partnership with songwriter/producer/guitarist Thomm Jutz, songwriter Peter Cronin and a host of Nashville’s finest as Executive Producer for ‘The 1861 Project’ – a series of three CDs released to coincide with the Sesquicentennial of the Civil War.  In the course of that project, learned a great deal about the ‘War Between The States’ (aka ‘The War of Northern Aggression if you’re from the South) and in particular the gory details of the Battle of Gettysburg.

When I started thinking about a destination for my annual ‘Fall Tour’ last year, I decided it was finally time to see Gettysburg for myself.  I spent the better part of three days there, finally seeing for myself all the spots I’d read about: The Angle, Seminary Ridge, The Seminary Cupola, Little Round Top, the Highwater Mark of The Confederacy.

I’ve never done anything with all the photos I took during that trip, which also took me to Cooperstown NY (Baseball Hall of Fame), Quebec, Canada (the most European city you can drive to), New England (Alice’s Restaurant), my old stomping ground in New Jersey and Philadelphia.

Here’s some photos I shot during the first leg of the trip. Over the next coupla/few weeks I’ll post some from the other stops. I’d gotten off the socials a few months before that trip, and hadn’t fired up this site and My Dunbar Project until a few months after – so this is the first time I’ve shown this stuff anywhere. 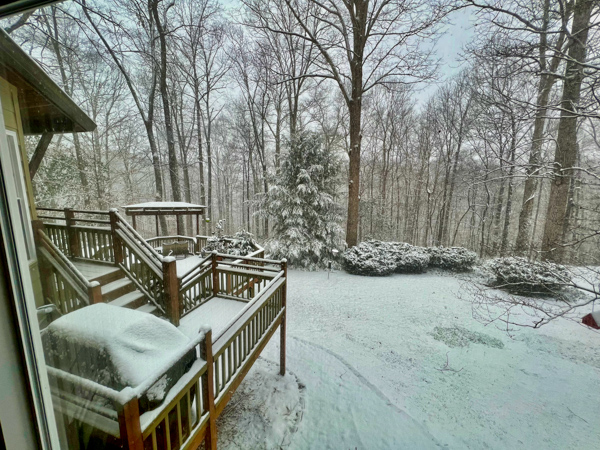 It’s been a minute…

We’re having quite the “winter precipitation” event here in Middle Tennessee today. It started snowing just as I was getting out of bed around 7AM… oops, no walk through the neighborhood this morning. If I don’t get out later, today could be the first time in a couple of years that I don’t “close the rings” in my Apple Watch fitness apps.

What is it about a ‘snow day’ that invites the mind to wander? Is it just the notion that ‘nobody is going anywhere for a couple of days…’ that tempts us to back away from the usual sense of duty and obligation and consider other possibilities? That’s how I’m feeling at the moment. There is nothing I really have to do so… what would I like to do.

And it seems that the first place I turned is the open “Post” window for this website that I’ve been casually maintaining for what seems like a decade now.

Also: perhaps not coincidentally, today is the first anniversary of the “High Water Mark of the Conlunacy.” – apparently the last essay of any consequence I posted here.

Furthermore: I turned 71 while y’all weren’t looking, so all the miracles contemplated when I turned 70 remain germane.

I went on a road trip in late October/early November. From Nashville to Quebec Canada with stops in Gettysburg PA (for the battlefield) and Cooperstown NY (for the Baseball Hall of Fame) on the way up, and stops in West Hartford CT and Philadelphia PA (for family) on the way back. I nailed the timing, the foliage pretty much looked like this the entire time:

Of course I took lots of photos along the way, but, also of course, I haven’t quite figured out what to do with them. Maybe I’ll just post some at random over the weeks or months ahead. Or maybe not.

Then it dawns on me, I can put the images on the web in a “shared album” via the Apple Photos app. Wanna see where I went? I’ll have to come back over the weeks ahead and tell the stories that go with the pictures.

An any event, Buster was certainly glad to see me when I got home. She is sitting wedged between my thigh and the arm of the chair I’m sitting in as I type, but here she is when I got home from the trip back in November. She likes to ride around the house perched on my shoulder.

Now I guess I have to find some… strategy?… for posting stuff here with some regularity. Such are the sorts of thoughts that never make it past the “vague intention” phase of their formulation – and beg for some attention in the midst of a ‘snow day.’

In the meantime, I have assembled all The Daily Busters in a shared Photos album you can view on the Web via iCloud.

Having fully retreated from the toxic swamp of “social” media for the past six-plus months has altered my sense of ‘connection’ with the rest of the world – in ways that I am still hard pressed to make sense of.

On the one hand I rather miss the occasional – if ‘virtual – contact with people I care about.

On the other hand, I totally do not miss the obsessive ‘poke and scroll’ impulse or the subconscious desire for validation and gratification by inherent in “Like”s and comments. And I sure don’t miss being a peasant on Zuckerberg’s estate, tiling his digital fields for free while all the wealth goes to the Lord in his castle.

That’s about as much sense of the detachment as I can make for the moment.

In the months – years – prior to my “Zuckerberg Extraction”, I would often comment that I felt about Facebook (in particular) the way I felt about Scotch and vodka in the months/years before I finally stopped drinking. That was 34 years ago this past Thanksgiving. I wonder now, what was I like in that first year of sobriety? I think there may be parallels to what I’m feeling / experiencing now re: social media withdrawal. I don’t miss the reality of it so much as maybe I miss the idea of it, and even that passes with time.

But, still… what about the people I care about?

How do I stay in touch with them?

Do they want to stay in touch with me??

These are tougher questions to answer absent the casual association through the artificial mediation of something like Facebook.

But maybe I know where this is going, if I can muster the energy, focus, determination and consistency to get it there.

This vaguely forming concept of “analog social media” started during my road trip. I actually wrote and mailed a few postcards to people that I otherwise would have taken for granted would see my posts on Facebook. It was a much smaller potential audience, but as my friend Susan said when she got hers, “Postcards. What a great invention do you think they will catch on?”

Why the hell not?

So, I dunno, over the months ahead, I may pare down my bloated contacts database, find the 150 or so people I really want to keep in my life, and start sending them postcards – even if I’m not going anywhere.

Who knows, maybe some of them will send one back. 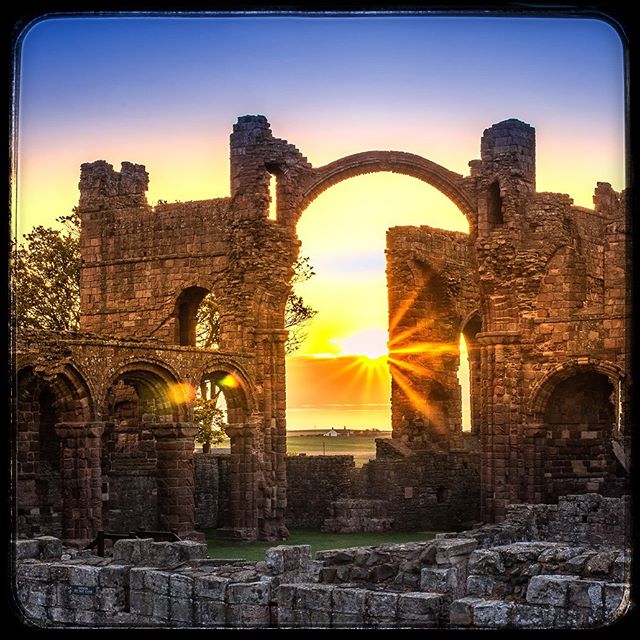 The sun rises beyond the ruin of the 15th century monastery at Lindisfarne, the ‘Holy Isle’ off the coast of Northumberland, England. I got to spend two nights and days there in the late spring of 2013, when I followed John Doan and a troupe of Celtic musicians around parts of England and Scotland.

Lindisfarne is regarded as the Cradle of Christianity in northern Britain, for it is here that the Celtic Saints Aidan, Hilde and Cuthbert first arrived from the Scottish Isle of Iona to begin preaching the Gospel. 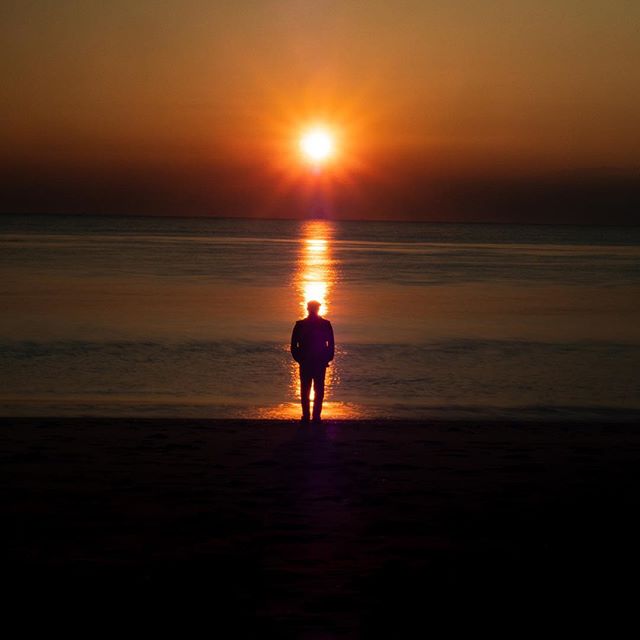 …not much happening at the beach tonight.

Shot at Sunset Beach in Cape May New Jersey May 7. I’m up here for a week-long photography workshop. 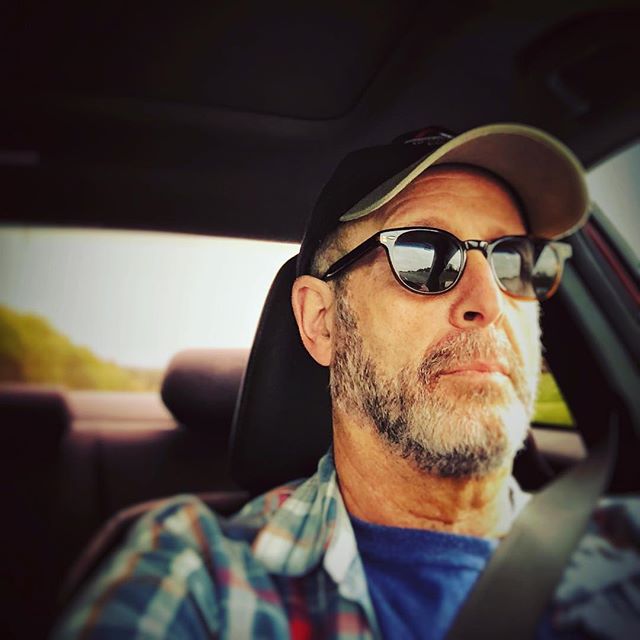 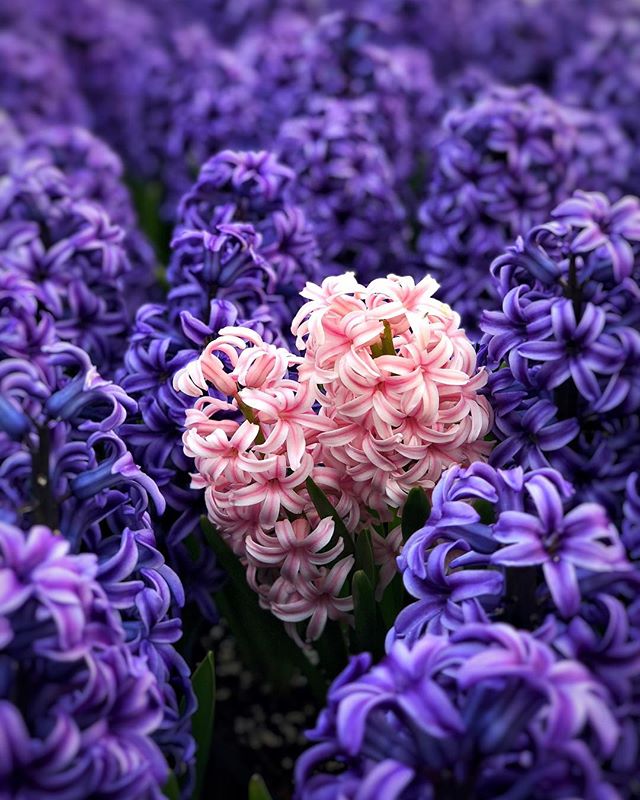 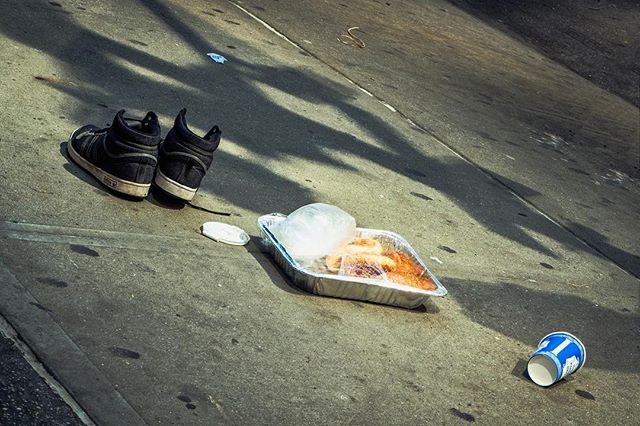 It had taken so long to panhandle the cash for a decent meal, but alas, he could not take it with him. #NoCheeseburgersInHeaven 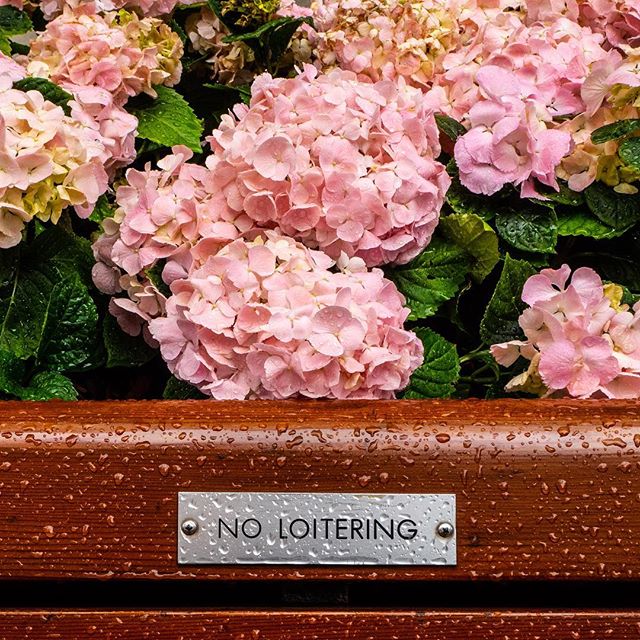 …The City of Visual Contradictions. Stop and smell… no, wait… move along… 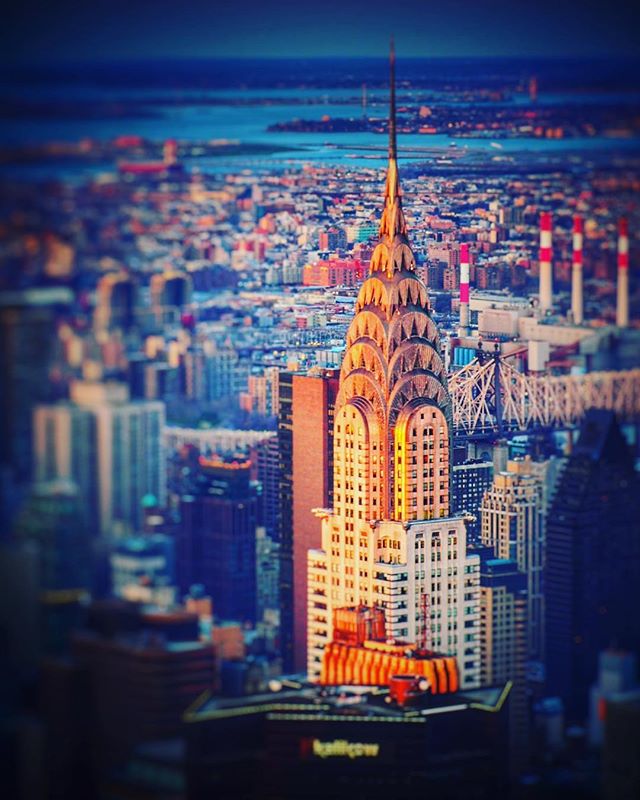 The temperature at that altitude (~1100 ft) was in the 30s, and a fierce wind blew in from the north – the side I needed to be on to get this angle. Damn it was cold! 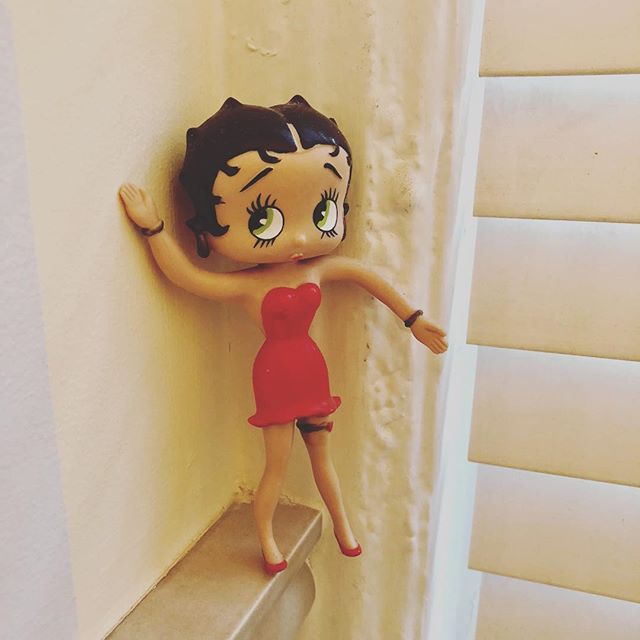 …Betty tentatively lifted one foot off the ledge…