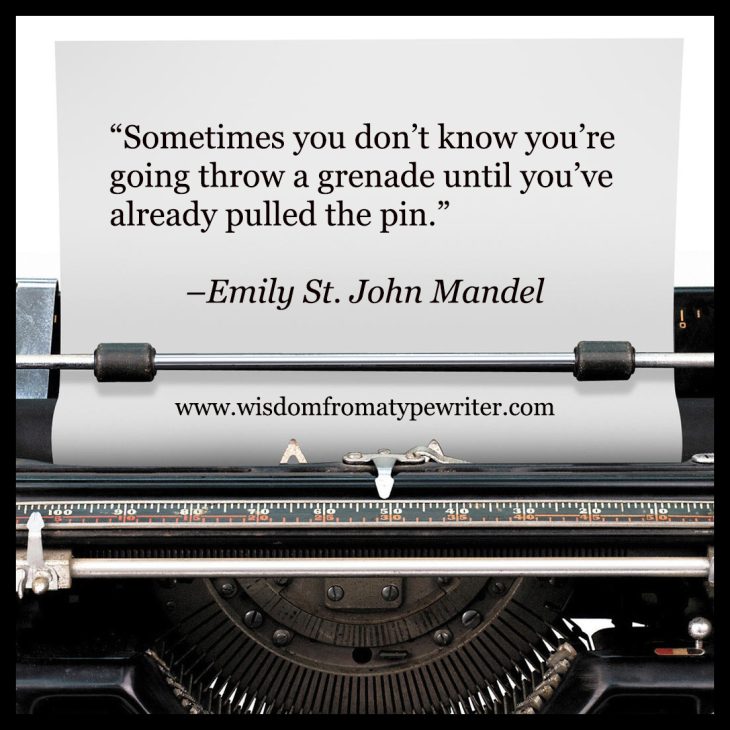 I was not familiar with the author Emily St. John Mandel until earlier this year when I tuned into the HBO Limited Series Station Eleven – the ‘show about a pandemic created in the middle of a pandemic.’  That series was simply one of the most compelling things I’ve watched on the TeeVee in the past year, at least.

This past week I learned – via Ezra Klein’s podcast – that Mandel (St. John Mandel?) has a released a new novel, Sea of Tranquility.

I found this quotation in the in the first few pages.  Kinda reminds me of myself… I go through life with the pin in one had and the grenade in the other, wondering where I’m gonna toss it….

Also, it’s a perfectly sublime Sunday afternoon here in the Treehouse with Buster.  I am not missing working in the mall on weekends. 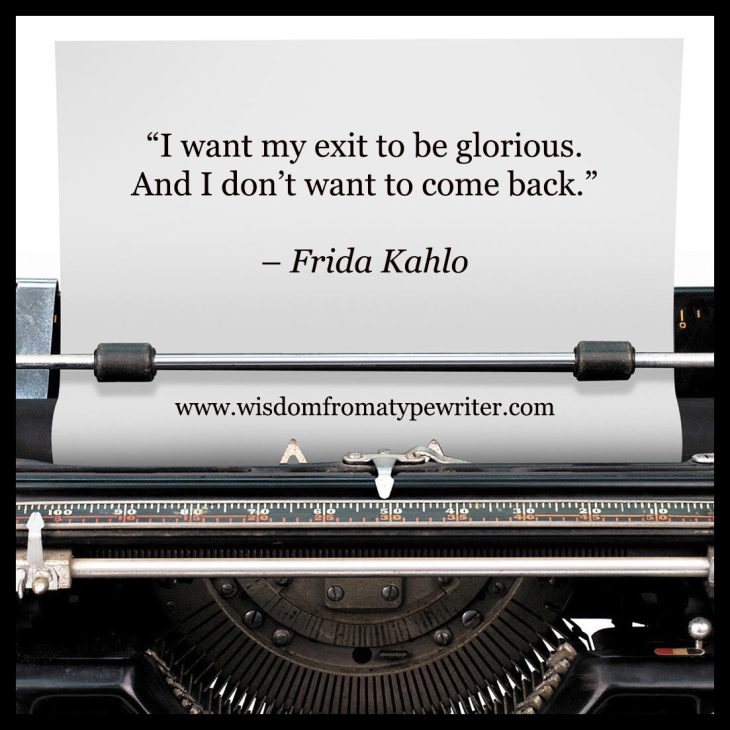 I am reading Scott Galloway’s weekly blogpost this morning.

He quoted Frida here, and this seems to address the theme that I’m working on these days, too.

Final act… last chapter… going out with a bang…

…but not anytime soon.

And there’s a shit-ton to learn and do before the last bus ride. 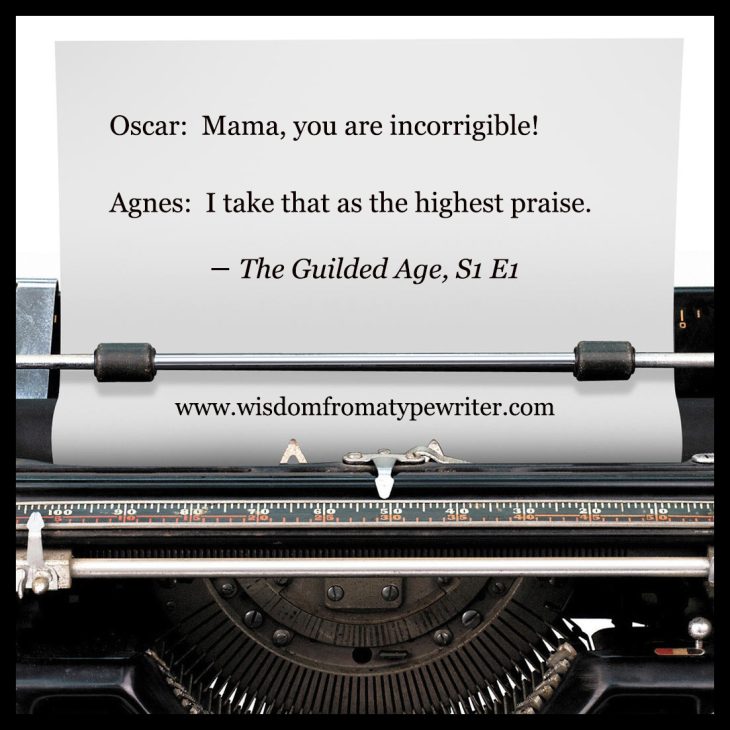 I watched the first episode of HBO’s new show “The Gilded Age”  last night.  I’m not sure yet what I think of it.  It’s created by the same guy who created Downton Abbey, and I liked that, but one episode in this seems over the top and a bit fatuous.  I took a shine to Carrie Coon after The Leftovers and Fargo, but she seems wasted here in a role that is all about living in a ridiculously large house and wearing ridiculous dresses.  Granted this was the pilot episode, so maybe it gets more worthwhile from here, but the viewing was at least hearing this line.  I take a note these days whenever I see or hear the word “incorrigible.”  Every time somebody uses that word, this little demon gets his smile on 😈 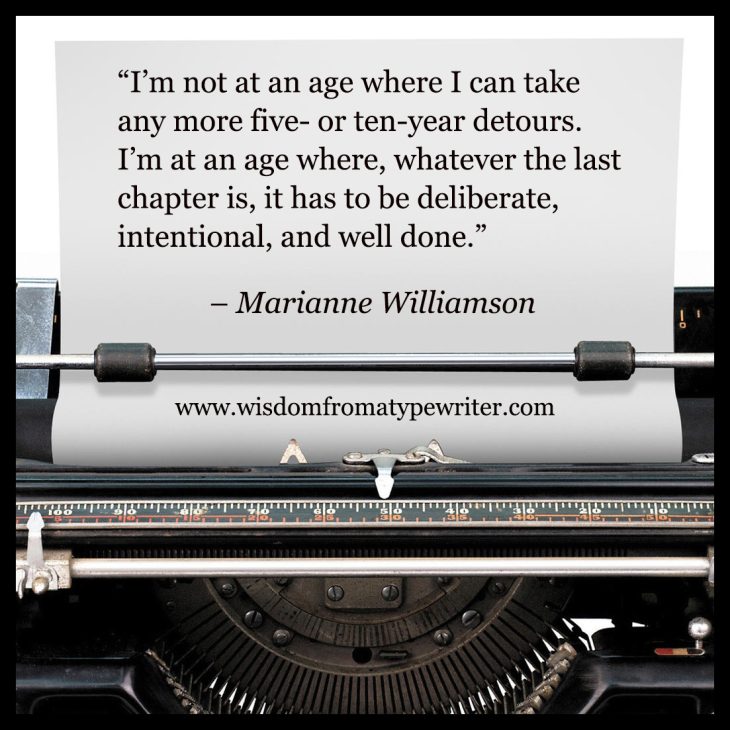 Marianne Williamson is the only presidential candidate that has made it to a national TeeVee debate stage that I ever had lunch with.

That was back about 1990, when she was just getting started on the lecture circuit, talking about A Course in Miracles.  Long before “A Return to Love,” Oprah, or the 2020 Democratic Party primaries.

At the time I met her, I was in Los Angeles training for my brief career (1990-1991) as a Series 7 securities peddler.  I heard Marianne at one of her lectures at a church in West Los Angeles,  talking about how she was

financially insecure, so I approached her after the lecture and we arranged a lunch meeting.  Nothing came of it beyond that, other than the recollection that that was one of the most intense lunch meetings I ever had.

This quote above is lifted from a profile in a recent edition of the New York Times. 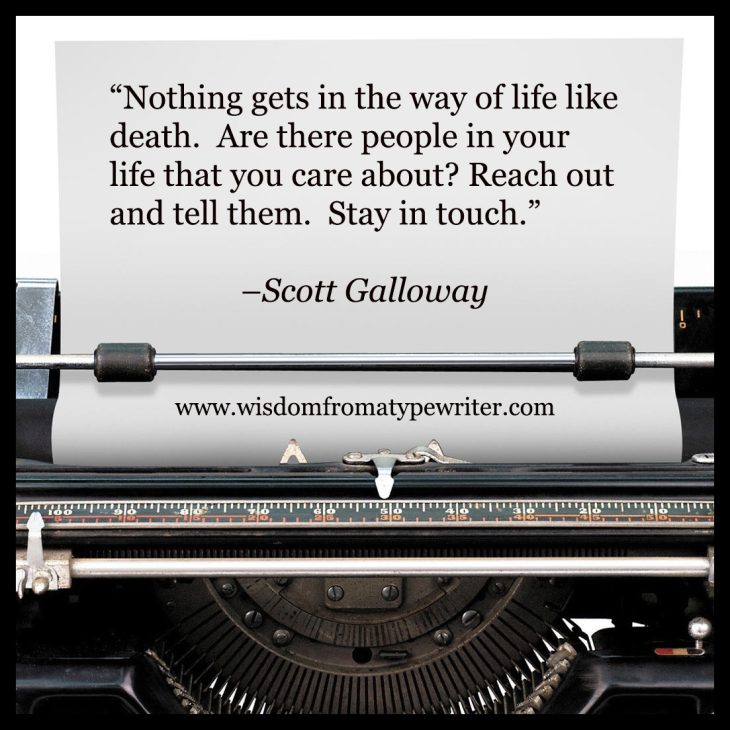 Scott Galloway is a tech investor, commentator and business school professor at NYU.

I first learned of his existence on the Bill Maher show back in March, 2021. He made quite an impression. Maybe too strong an impression to ever be invited back.

But after I saw him on the TeeVee, I started listening to Pivot, the podcast he hosts with tech/business journalist par excellence Kara Swisher. They have as good a grasp of the Forces At Work in the World today as anybody.

Near the end of their first episode of the New Year, Galloway started talking about having lost a cousin to Covid. The cousin was all of 62 years old. In what almost amounted to a ‘hidden track’ at the end of the episode, Galloway said what I have quoted above.

And that, I hope, will be my mantra for the coming months. 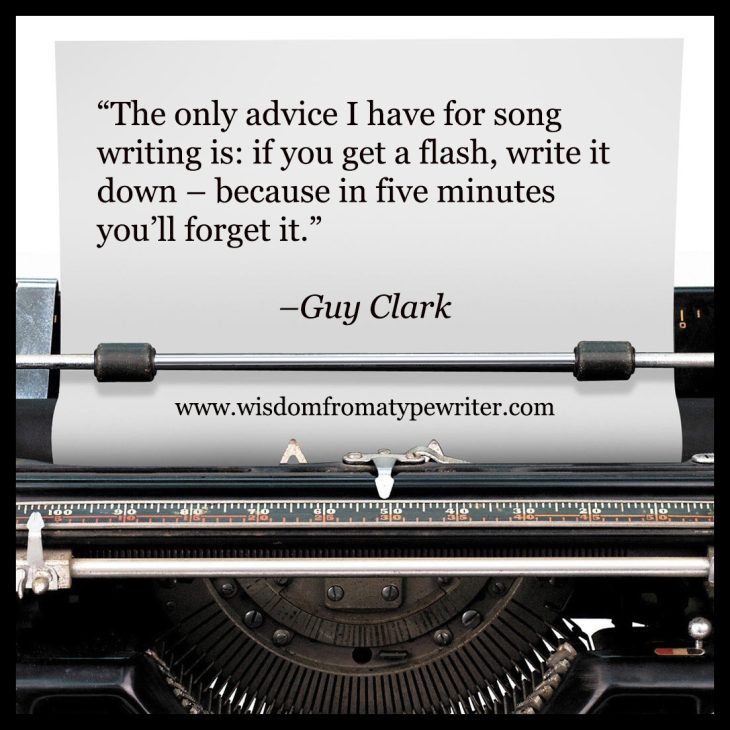 I might be paraphrasing a bit here. The quote went by pretty quickly in the middle of a screening of “Without Getting Killed Or Caught,” the documentary about Guy Clark (and Susannah Clark and Townes Van Zandt for good measure). He was actually recalling how he captured the refrain from his signature song, “L.A. Freeway,” which became the title of his biography by Tamara Savarino. 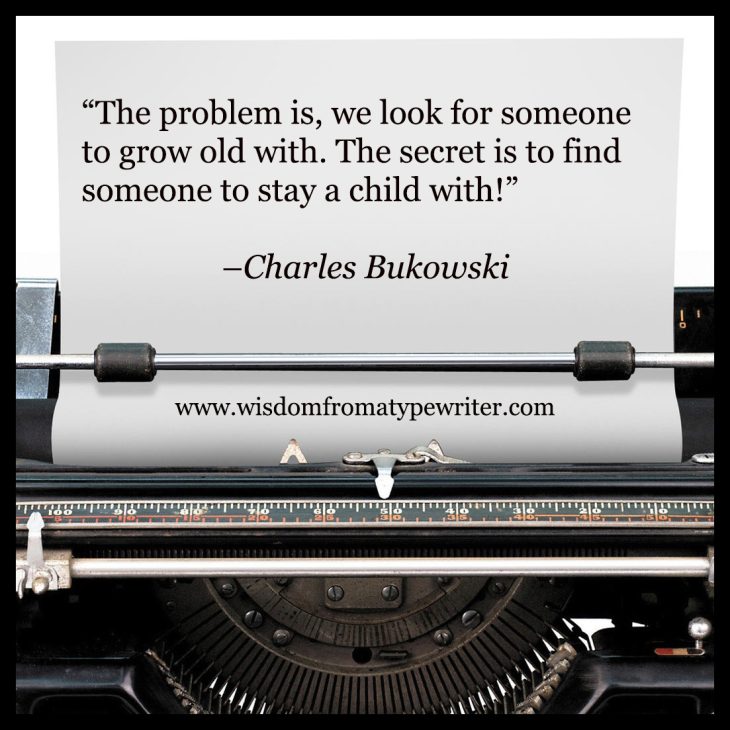 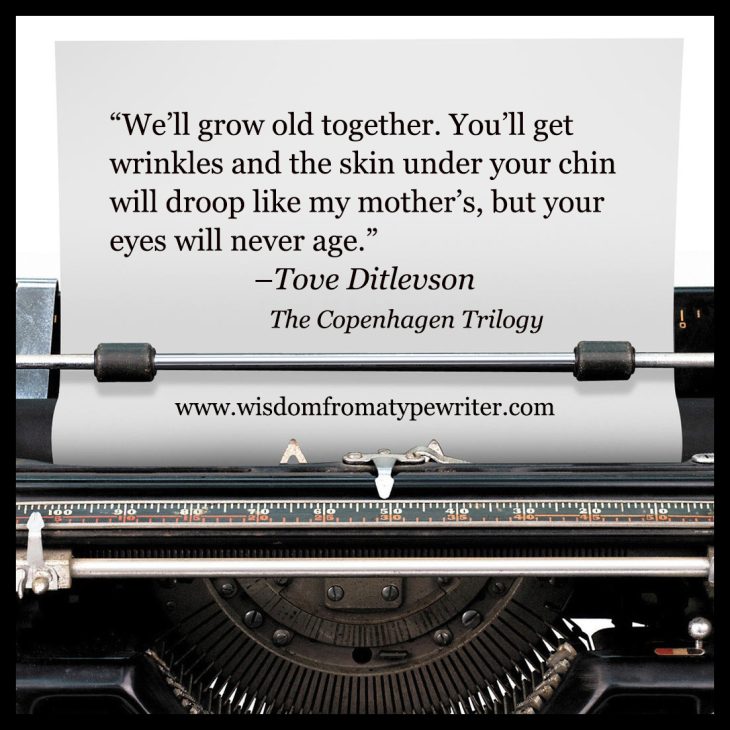 From “The Copenhagen Trilogy” by Tove Ditlevson.

Which I read after hearing this review by John Powers on NPR:

With a born writer’s killer instinct, she likes to pounce on us with arresting chapter openings, such as this first sentence about her second husband, Ebbe: “Whenever I try to recall his face, I always see him the way he looked that day I told him there was someone else.”

I got some pushback from the quote above when I posted it to social media from the “everything a man says about a woman is misogyny” crowd. Suffice it to say I don’t think they quite got my meaning. I’m still working on it. 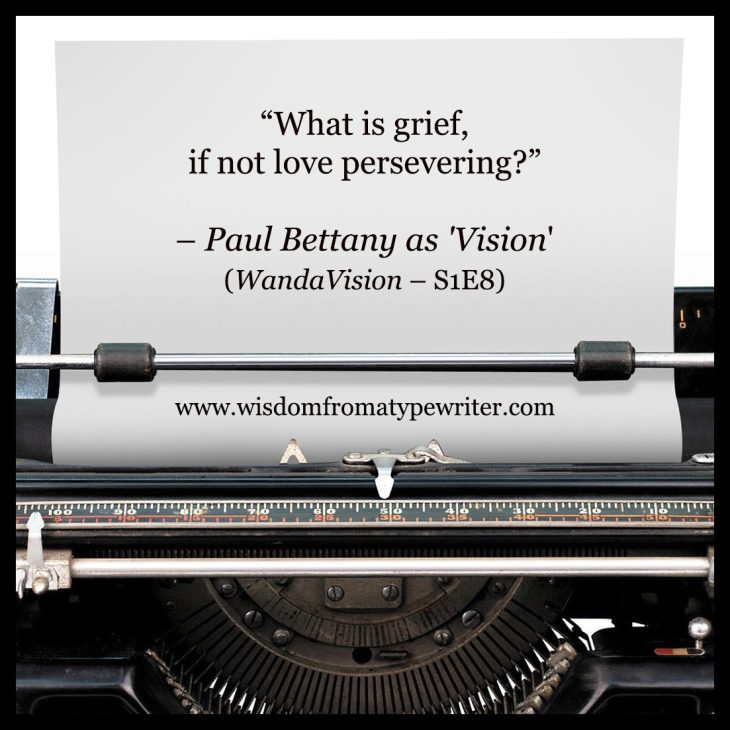 This is something that I used to do that sorta fell by the wayside with the pandemic. I might start doing it again – perhaps another sign that the worst is behind us?

What To Wear in A #Coronapocalypse 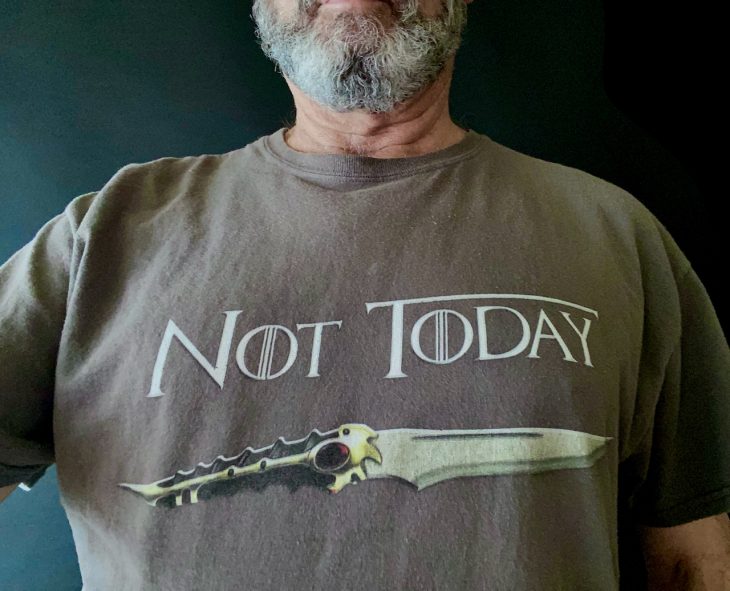 I found something to wear during the #Coronapocalypse.

There is only one god,
His name is Death.
And there is only one thing we say to Death:
“Not Today” –Syrio Ferrel, First Sword of Bravos
Introducing the unofficial Game of Thrones Quarantine T-Shirt. I may wear this until Danaerys and Drogon fry the bug.