Jonesing For The Light 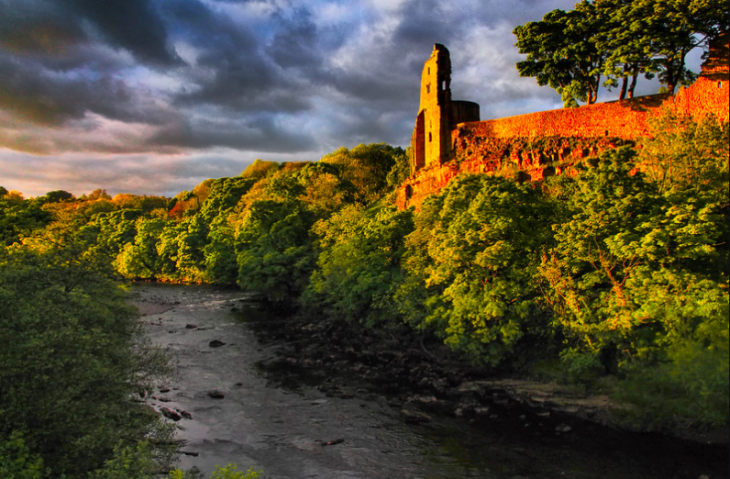 The castle ruin show at the top of this post is Barnard Castle in County Durham, northern England.

I have been thinking a lot lately about… the light. At that latitude, at that time of year – late spring, three weeks before the summer solstice – the sun doesn’t set until after 9:PM.

The treasured “Golden Time” when the sun rests just above the horizon – shining it’s yellowest light and longest shadows – can last like two hours.

On this particular occasion, that meant that I had enough time to walk almost entirely around the grounds and see this edifice from numerous angles. I just kept walking, and shooting. As I walked west, from the nearby village, I found a bridge that went over a stream. I crossed the bridge and made the shot above from that angle, using the stone wall of the bridge in lieu of the tripod I neglected to bring with me (stupid).

It was already 8:30 PM… but the sun was nowhere near setting yet.

So I just kept going. I crossed the bridge, and started walking along the stream. I crossed a green area, like a small park. There was a stone wall at the end of the park, but there was an opening in the wall, and a stone step way that led down to the stream bed. I kept going.

I walked along the stream for about 50 more yards, and then found another great vantage point, composing the stream in the foreground as the final golden rays lit up the ramparts of the castle ruin:

When I was in the UK in the spring of 2013, I made a LOT of great photos in those hours before the sunset.

I am jonesing for this light again.

I need to make reservations soon….