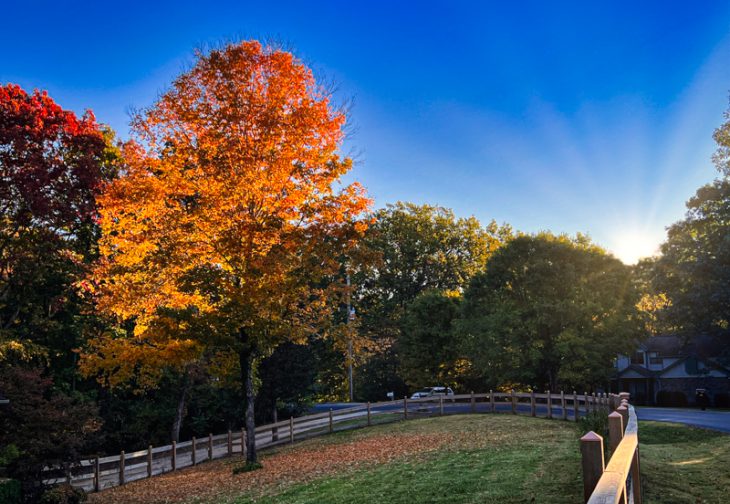 Or, What I Did With My Summer Vacation (and the rest of my summer).

Hi there, remember me?

When I started my ‘Dunbar Project‘ about six months ago, I had expected to post things to my personal website and send out an email with some links every couple of weeks or three.

I was thinking this morning about how many times in my life I’ve dedicated myself to some initiative and quickly moved on to something else.  Is it just me or you too?  Sure, there have been times when I’ve gotten going on something and stayed with it.  But there are also lots of times when the best intentions  get derailed by the next distraction.  You know… #squirrel!

I actually spent most of past few months right here at the old keyboard-and-screen working on two writing projects – one a long-ago abandoned book of my own and the other editing and ghost writing a friend’s memoir.

Some of you may recall that during the ‘aughts  I fancied myself a new career as a ‘biographer of obscure Twentieth Century scientists.’ After my first book – The Boy Who Invented Television – was published in 2002, I went on to another project about T. Townsend Brown – the guy who figured out how to control gravity.  Or maybe he didn’t.  That was the problem, I really couldn’t tell, and I walked away from that one in January 2009.

My workstation for most of the summer

One upside of getting fired from Apple is that I suddenly had all my time to myself.  I’d never stopped thinking about the Townsend Brown saga, and with some monumental editorial input from a dear friend, I reopened that manuscript.  I worked on a rewrite, a chapter a day, starting back in May, and now I’ve come up with a version of the story as I can tell it.  It still doesn’t add up entirely without a lot of unspoken assumptions, but it’s got some scientific intrigue woven around a contemporary love story.  I’m now researching publishing platforms and book design software and suspect I’ll have putting it into the world by the end of the year.  Details on that whole odyssey here.

The other project was a memoir written by my friend (also my attorney) Adam Hill.  I met Adam at writers workshop in 2018 when I was working on Time Capsule 1969 – my memoir about coming of age in the late 1960s.  Adam has written a really touching account of his life with his brother Eric.  Both Adam and Eric have a strong spiritual practice – Eric to the point that he studied the ancient Bonpo Buddhist traditions in Tibet and India.   Eric became confused about his spiritual path, returned home to Tennessee, couldn’t quite fit in here, and took his own life in 2012.

Adam’s memoir is an account of his family’s coping with that tragedy, and his journey with his father  to Tibet to spread Eric’s ‘Dust’ – that’s what the mystics call human ashes, and serves as the title of the book.  Adam handed me a 100,000 word manuscript and 8 weeks later I handed him back a 60,000 word manuscript.  I felt honored to be entrusted with such a tale, and I think the editing and rewriting I did for him is some of the best work I’ve ever done.

I’d like more of that kind of work. Where do I hang my ‘manuscript editor’ shingle?

That’s how I spent most of my mornings.  Most of my evenings –well, four nights every other week – I spent at the Nashville Sounds ballpark.  I actually really liked going to ‘work’ at the ballpark and ‘getting paid to watch baseball’ (even if the pay didn’t amount to much more than peanuts) but there were too many nights when I’d get stationed at the right field gate and couldn’t see anything on the field.  I couldn’t even see the scoreboard.  Once most of the fans had come through the gate, there was nothing to do but stand around and wait for them to leave.

If nothing else, I got to witness a summer full of spectacular sunsets at The Church of Baseball

We Fan Hosts made sport of hoping the Sounds would lose on ‘Winning Wednesdays’ so we wouldn’t have to stick around while anybody who wanted to ran around the base paths after the game.  How does the old song go, root, root, root for the home team, except on Wednesday nights...?  Thank God for the pitch clock – most of the games were over in less than three hours.

Mostly, it was pretty boring. I got tired of standing around, but I never got tired of going to the ballpark. When the Sounds season ended in September a friend asked “did it make you sick of baseball?”  I answered with an old saying about Texas: “it’s not hell, but you can see it from there.”  Working at the ball park all summer didn’t make me sick of baseball, but I could see it from there.

I did manage to get my kayak out of the garage for the first time in several years and went paddling on the Harpeth River, not far from my house:

Not bad for ‘The Great Indoorsman,” huh?

Another thing I picked up this summer is pickleball.  I’d been hearing about “America’s fastest growing sport” for at least a year now, and finally decided to give it a try.  I liked it enough to spend a few shekels on a paddle and started playing at the nearby YMCA (thank you, Blue Cross/Blue Shield and ‘Silver and Fit’ for the free old-person’s membership) and have become fairly obsessed with it.  The mental game is at least as challenging as getting the ball over the net (and keeping it bounds).  I oscillate between remembering that I was never much of an athlete (I love baseball but I still can’t catch a fucking fly ball) and recalling that tennis was the one sport I showed any capacity for when I went to summer camp.  My head is getting better at pickleball, but I have to keep reminding my arm that it’s not playing tennis.

I actually did take a week’s ‘summer vacation’. I went to Virginia Beach.  I’m not sure that’s a destination I’d have chosen of my own free volition, but I’d been talking for two months to somebody there I’d met on a dating app and figured, aw, what the hell?

Life is just better with the top down. It doesn’t really matter where you’re going.

So I spent most of a week in late August in Virginia Beach – and came home with a car that needed to spend two weeks in the shop after an unfortunate encounter with a concrete parking lot bumper.

The duct tape fails to convey how ugly/scary it was

Something gut hung up under the front bumper, and when I started to back the car up I heard a plastic crunching sound.  I wish I had a photo of the whole front end of the Mustang lying on the pavement, but I was in too much of a state of shock (like ‘how the fuck am I going to get home?’) to think of that in the moment.  Fortunately, there was a hardware store nearby, and it turned out duct tape was enough to hold it all together until I got home.

My reason for choosing Virginia Beach… well, the less said about that, the better.  But I really did enjoy early morning walks on the beach, floating in the ocean, riding my bicycle wherever I wanted to go.  I explored some of the historic sites in the area, like Yorktown, Jamestown Settlement (a recreation) and Williamsburg.  And I found this nifty ice cream shack near the boardwalk:

And I rather liked ‘remote working’ on my writing /editing projects while the sun rose over the Atlantic outside my hotel window, too.  I could get used to this:

I’m home for the foreseeable future now.  No travel plans, though I do keep thinking how much I’m jonesing for warm, clear, blue water.  I was all set to go scuba diving in the Bahamas in March, 2020 but… well… March 2020.

Mostly these days it’s just  me and Buster. We have these routines.  She jumps on my shoulder at the top of the stairs and perches behind my neck, purring as I carry her down the stairs.  When I get to the kitchen I lean toward the counter and she jumps off and I put some treats in a tray.  When I sit down with my laptop in the recliner in the Library she climbs onto my chest and settles with her little paws draped over my right shoulder.   When that gets too awkward for typing, I ease her off and she settles into the space between the arm of the chair and my thigh.

And when I go to bed, I lay on my back with my head on my pillow, and she climbs up on my chest and nuzzles my chin.  I scratch the top of her head and behind her ears and the side of her face, she purrs some more, and I wonder, “why can’t you be a real girl?”

So, write back.  Tell me a story. I’m sure y’all posted your own summer vacation stories and photos on ‘the socials’ but I’m not doing any of that any more and boy, do I not miss it for a minute.  I’ll try not to let another three months pass before I post something again.